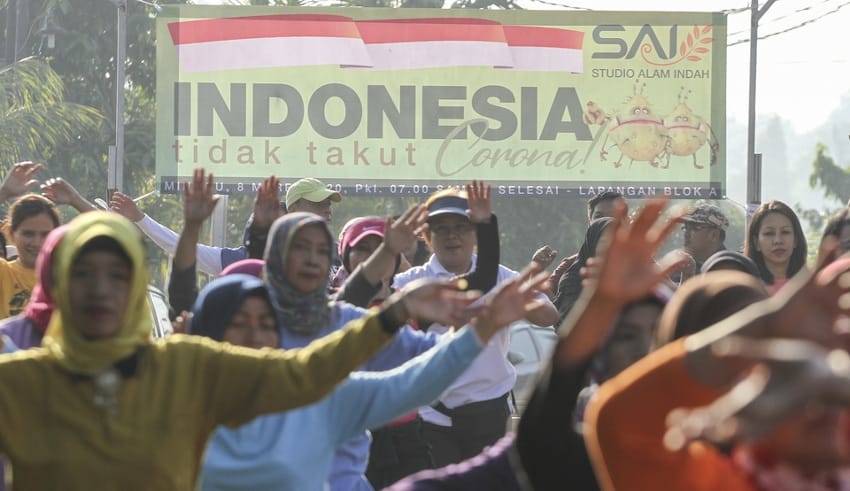 Corona virus has widened the spread of outbreak in Indonesia. The Indonesian government announced on Sunday that two more people have tested positive for novel coronavirus. Then, the total number of patients in Indonesia is now become six.

“Patient 5 is a 55-year-old man in Jakarta. Patient 6 is a crew member of Diamond Princess, aged 36,” Achmad Yurianto, a government spokesman for the handling of coronavirus case, told a press conference in Central Jakarta.

Patient 5 got the virus in locally transmitted cases. This man linked to a Japanese national who attended a party in Jakarta and was later identified as Patient 24 in Malaysia.

Patient 6 is a former crew member of Diamond Princess cruise ship who is being quarantined at an island in Jakarta along with 68 colleagues.

They are in stable conditions with no fever or cold, also they do not need supplemental oxygen and intravenous feeding at the meantime.

According to Yurianto, the Diamond Princess crew member was infected during the earlier quarantine in Japan.

In fact, four Indonesian crew members were confirmed of having Covid-19, during the quarantine in Japan.

Evacuation was done by the Indonesian government to 69 Diamond Princess crew members using a chartered plane last week. After, they were sent to Sebaru Island for quarantine.

Meanwhile, the locally transmitted cases were linked to a dance party at Amigos Restaurant in Kemang, South Jakarta, on Feb. 14. The first Indonesian who got infected or Patient 1, is a woman who hosted the party. Then, Patient 2 is her mother who took care of her at their home in Depok, West Java, when she became ill.