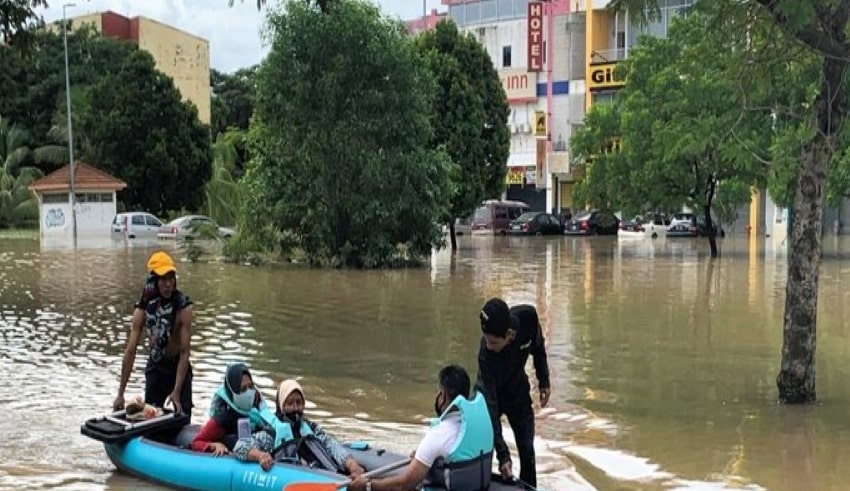 So far, 27 people have died as a result of the catastrophic floods that devastated the nation on Saturday, the greatest death toll since the previous big floods in 2014.
(C) Nikkie Asia

Malaysia – So far, 27 people have died as a result of the catastrophic floods that devastated the nation on Saturday, the greatest death toll since the previous big floods in 2014.

Twenty of the deaths were recorded in Selangor, while seven were confirmed in Pahang.

As of Friday afternoon, 20 people have been reported dead in floods in Selangor, according to Datuk Arjunaidi Mohamed, the state’s police chief.

Aside from Seksyen 25 Taman Sri Muda in Shah Alam, flood victims’ corpses have been discovered at Kajang, Sungai Buloh, and, most recently, Klang.

The report states that the first victim, a guy, was discovered at 6 p.m. on Saturday, followed by two more male victims at noon and 2 p.m. the next day, and five were discovered yesterday between midday and 8.35 p.m., including four women and a man.

Another woman’s corpse was discovered around 6.20 p.m. in a single-story residence, according to Norazam. She’s thought to have drowned.

The incidents in Bentong featured water surges in two locations: a resort where one dead was discovered and two people are still missing, and residences in Telemong where four deaths have been discovered and one person is still missing as of this afternoon.