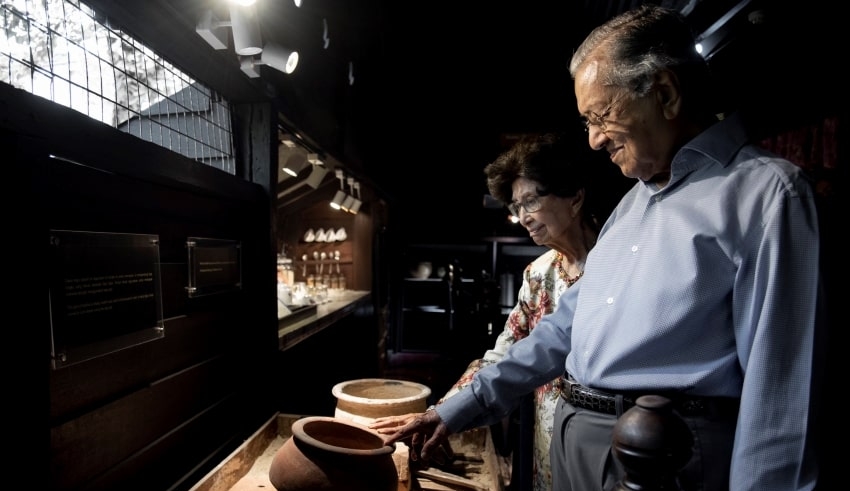 Prime Minister Tun Dr Mahathir Mohamad today called for a halt to party politics in order to concentrate on aiding the tens of thousands of people who have been affected by the recent floods throughout the Malaysian peninsula.
(C) chedetofficial / Twitter

Malaysia – Despite his personal health concerns, Prime Minister Tun Dr Mahathir Mohamad today called for a halt to party politics in order to concentrate on aiding the tens of thousands of people who have been affected by the recent floods throughout the Malaysian peninsula.

Former Prime Minister Mahathir Mohamad has said that the massive size of floods that have ravaged the peninsula indicates a climate disaster, and that Malaysia must prepare for further natural disasters that may be much worse than those that have occurred so far.

“The increase in temperature that we are now seeing is a result of the changes that the earth is undergoing. It is possible that things will become worse. We must make preparations for this shift. We should prepare for greater natural calamities,” he said in his most recent blog post.

Dr Mahathir, who is now a member of the Opposition, was hospitalized to the National Heart Institute in this city last week.

He is a talented writer, and this was his first blogging after being admitted.

In a second message posted on his Facebook page, the Langkawi MP extended his appreciation to everyone who had sent him well wishes.

In his statement, he added that this is a chance for him to give thanks to everyone who has prayed for his well-being.”

The president of the Parti Pejuang Tanah Air (Pejuang) also appealed to his party’s members to offer a hand with flood relief efforts and expressed regret for not being able to personally assist them.

“This is not the time to engage in political maneuvering.  Now is the moment to be kind. There should be no discrimination in receiving assistance,” the 96-year-old Dr Mahathir remarked.

He advised party members not to be arrogant, but rather to be patient and courteous while offering their assistance to the cause.