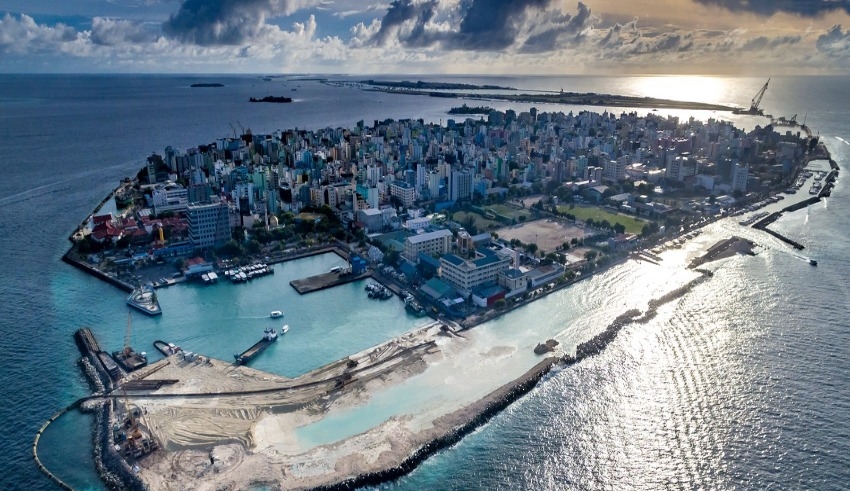 MALDIVES: A city is rising from the Indian Ocean’s depths. A floating metropolis, large enough to house 20,000 people, is being built in a beautiful lagoon approximately 10 minutes by boat from Male, the Maldivian capital.

The city will be built in the shape of brain coral, with 5,000 floating units including housing, restaurants, businesses, and schools, connected by canals. The first units will be shown this month, with inhabitants expected to begin moving in early 2024 and the entire city finished by 2027.

The project, which is a joint venture between real estate mogul Dutch Docklands and the Maldives government, is not intended as a wild experiment or a futuristic vision, but rather as a practical answer to the harsh reality of sea-level rise.

The Maldives, an archipelago of 1,190 small islands, is one of the planet’s most climate-vulnerable countries. Eighty percent of the country’s land area is less than one meter above sea level, and with levels expected to rise by a meter by the end of the century, nearly the entire country might be drowned.

However, if a city floats, it may rise with the tide. According to Koen Olthuis, head of Waterstudio, the architecture firm that created the city, this represents brand new hope for the Maldives’ more than 500,000 residents. He told CNN that  It can showcase that there is affordable housing, vast communities, and average towns on the sea which are also safe.

Climate change was evident at the time, but it wasn’t regarded as a huge enough issue to warrant a firm, he added. The largest issue back then was space: towns were growing, yet there was a shortage of adequate land for future urban development.

He also added that climate change has acted as a “catalyst” in the recent years which propelled floating architecture into the mainstream. Waterstudio developed over three hundred floating houses and other infrastructures already around the world in the last two decades.

The Netherlands in particular became a focal point for the movement as it houses an office for the Global Center on Adaptation, which is an institution dedicated on scaling climate adaptation solutions.

According to Swiss Re, floods cost the world economy more than $82 billion last year, and costs are anticipated to climb as climate change causes more extreme weather. According to the World Resources Institute, coastal and riverine flooding would affect urban property valued more than $700 billion per year by 2030.

The goal is for the city to be self-sufficient and to perform all of the activities that a land-based city would. There will be electricity, primarily generated on site from solar panels, and sewage will be processed locally and used as plant fertilizer. The city will employ deep water marine cooling as an alternative to air conditioning, which includes pumping cold water from the deep sea into the lagoon and saving energy.