The Asian Affairs > Latest News > Geo Politics > A Helpful Providence: Allowing People to Express Their Voices for a Change 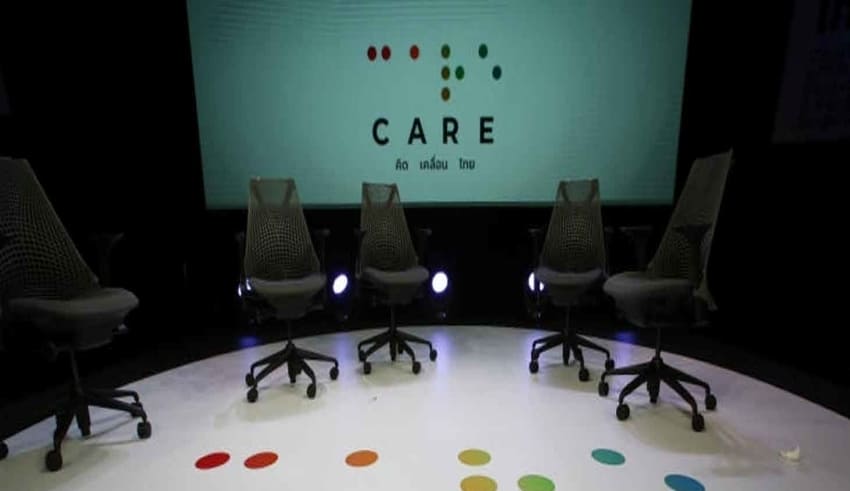 Care — Creative, Action, Revival and People Empowerment — is a movement produced by a community of great names in Thai politics and the economic arena including investment banker and renowned economist Supavud Saicheua who entered the movement as a co-founder.
(C) Bangkok Post

A political movement has emerged in the midst of the unprecedented health crisis that resulted from the spread of Covid-19 to offer a way forward.

Care — Creative, Action, Revival and People Empowerment — is a movement produced by a community of great names in Thai politics and the economic arena including investment banker and renowned economist Supavud Saicheua who entered the movement as a co-founder. Mr. Supavud said in an exclusive interview with the Bangkok Post that Care is a platform to gather Thais views and experiences so they can be coalesced and bring solutions for the country.

Care’s main goal is to reorient Thailand’s way things are done by asking Thais what they want to go ahead.

According to the economist, the movement’s crux is the notion that the campaign wants to be creative, get the thoughts of everybody and “seek and blend them together to build a course for the nation and a consensus as to where Thailand will go next.” He said Care is willing to listen to input from all stakeholders willing to help divert the country from its current state.

Mr Supavud said reform in the way Thai politics operates is required. He said the people should generate ideas, and politicians should opt for crowd wisdom instead of following the lead of a few political elites that set the agenda.

The economist said the public welcomed Care largely because the public is feeling a great deal of weariness and pessimism about Thailand. The fact that the economy is faltering badly is what bothers him the most.

During the lockdown, the economy loses roughly 250 billion baht a month. He said although being cautious on Covid-19 is noble, the government should be aware of the cost of being overly cautious. He encouraged the government and the public to see how necessary it is to free up the economy, or to face it more faltering.

The task leading to the economy ‘s opening is not to panic the public and to ease the state of emergency, as this is no longer necessary. The automotive industry, ageing society and the need to reform agriculture and tourism sectors are four main areas that need to be reconfigured as the country moves forward after Covid-19 subsides.

As the world moves forward, he said that a new change is needed in the way they tackle the economy.

The 20-year strategic plan put forward by the government is suddenly outdated, irrelevant and redundant.

He recommends changing it with a new alternative where citizens get interested, adding that the plan would set a path for Thailand in such a way that the younger generation will really have optimism and pursue their dreams.

In addition, during the health crisis , the government needs to be clear about what the ultimate goal of the government’s strategy will be in dealing with the Covid-19, adding that the government appears to be doing everything step by step, package by package. Comparing Covid-19 to a chasm, where there’s a big drop suddenly, Mr Supavud said the idea of policy should build a bridge that allows everyone to cross it.

Care aims at playing a part of a platform that allows people to come together and try to find a solution in this respect.

Treatment will continue by maintaining the values of democracy, particularly the idea that authority belongs to the citizens, and that the people have the right to debate before a compromise is offered — and everyone will achieve agreement.

Care is presently at a starting point.