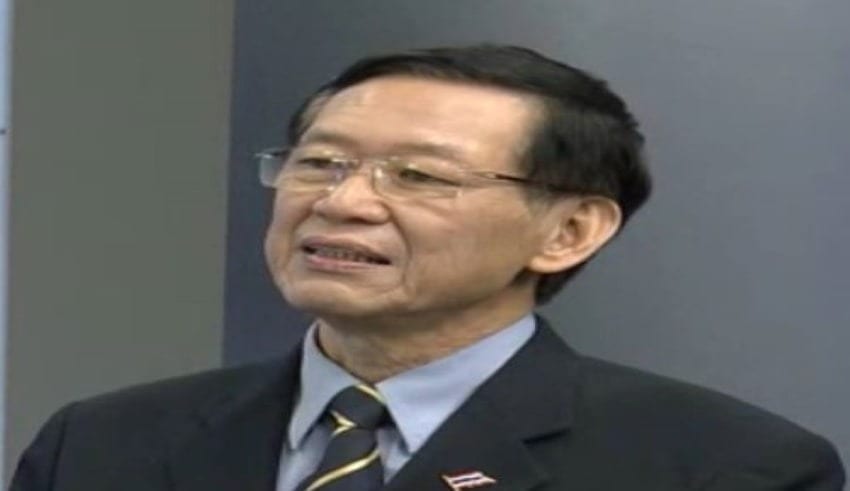 Mr. Paiboon stated that he would recommend to Prime Minister Prayut Chan-o-cha that 52 million voters be asked whether to bar rallies during the regional administration elections scheduled for December 20 in 76 provinces.
(C) ThaiPBSWorld / Twitter

Critics had the chance to slam the suggestion by a Palang Pracharath Party (PPRP) deputy leader to hold a referendum for two years to ban political rallies, arguing it would breach the rights of people and just escalate the continuing conflict. Paiboon Nititawan, who said it would allow the economy to rebound and avoid tensions from escalating, floated the proposal.

Citing Section 166 of the Constitution, Mr. Paiboon stated that he would recommend to Prime Minister Prayut Chan-o-cha that 52 million voters be asked whether to bar rallies during the regional administration elections scheduled for December 20 in 76 provinces. As Bangkok does not have an election for the provincial administration, a referendum may be held expressly for that reason, involving only a limited budget.

At the joint sitting of the Senate and the House on Oct 26, the PPRP list MP said he had suggested the concept of using a referendum rather than a new election as the solution to the crisis. In his opinion, one of the three requests of anti-government demonstrators, a House dissolution to pave the way for a general election, will only intensify economic difficulties and not settle the political dispute.

Since Section 166 would not authorize a referendum to be held on a topic that clashes with the Constitution or on an issue concerning persons or groups of citizens, it recommended that the question be carefully articulated.

He said that the issue should be whether voters comply with the two-year ban on governmental assemblies that breach the rule of the public assembly, violate Section 6 of the National Security Constitution and undermine attempts to address economic problems emanating from the outbreak of Covid-19.

The need to preserve national security, public safety and economic stability, to avoid public disasters triggered by disputes between citizens and to encourage economic initiatives, assistance and solutions to bear fruit should be cited as reasons for the crisis. The prime minister could issue an executive order for the referendum because the public referendum legislation has yet to take effect, as it is an urgent issue.

The referendum will allow citizens to exercise their autonomy and authority directly, he said, to tackle the situation now and find a consensus. Move Forward Party MP Rangsiman Rome, however, lambasted the plan, arguing it would breach the constitution-guaranteed right to assembly.

He also shared that democracy is about upholding the majority and ensuring the liberties of the people. It’s not about watching the majority snatch away the rights of others. The Secretary-General of the opposition Prachachat Party, Pol Col Tawee Sodsong, echoed the view, saying that anti-government protesters have the right to hold peaceful protests under the constitution.

In view of this, Pornsant Liangboonlertchai, a professor at the faculty of law at Chulalongkorn University, wrote that the plan runs contrary to the constitution because it would threaten the rights and freedoms of the people. He shared that the cabinet could use the referendum to curtail the rights of the people, which would lead to a coalition monarchy, thus just further fuelling the dispute.