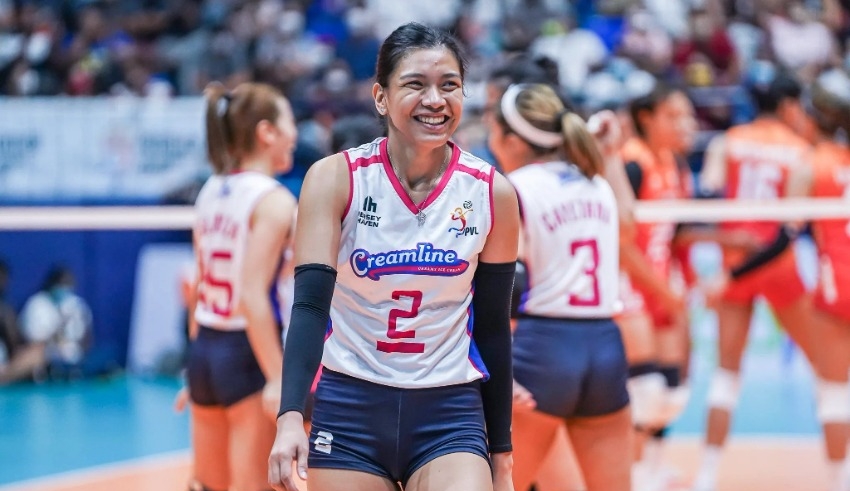 Head of the PNVF, Tony Boy Liao, stated that the national team has lost ace spiker and the best open spiker of the tournament Alyssa Valdez due to dengue.
(c) Rappler

A significant setback was inflicted upon the Philippine women’s volleyball squad.

On Friday, August 19, the head of the national teams commission for the Philippine National Volleyball Federation (PNVF), Tony Boy Liao, stated that the national team has lost ace spiker Alyssa Valdez due to dengue. This news came just two days before a crucial campaign.

The Philippines will play host to the 2022 Asian Volleyball Confederation (AVC) Cup for Women at the PhilSports Arena in Pasig City from August 21st to the 29th. Valdez was scheduled to be the face of the Philippine team’s campaign in the tournament.

The other members of Valdez’s Creamline team, Tots Carlos, Jia de Guzman, Jema Galanza, and Ced Domingo, are the only ones who can carry the country’s bid at this point.

According to what Liao has observed, all of the other Creamline players are in good standing.

After claiming victory over KingWhale Taipei in the championship match of the Premier Volleyball League (PVL) Invitational Conference, Creamline was awarded the privilege to compete for the national team.

Even though the Philippines will be competing in Pool A of the continental tournament against a difficult group consisting of China, Iran, South Korea, and Vietnam, the Creamline core still intends to put up a battle in the hopes of maintaining their winning streak.

Australia, Thailand, Japan, and Chinese-Taipei are the other countries participating in Pool B’s competitions.