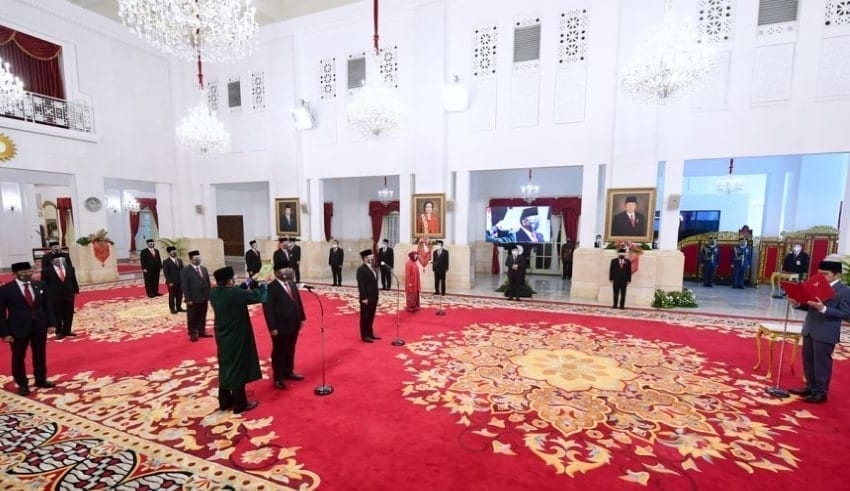 Dr. Dante Saksono Harbuwono has taken up a new role as Deputy Health Minister which was appointed by Jokowi
(C) straitstimes

In a Cabinet reshuffle to help resolve the coronavirus epidemic, Dr. Dante Saksono Harbuwono has taken up a new role as Deputy Health Minister which was appointed by Jokowi and while Indonesia could contend with the strong management skills of Budi Gunadi Sadikin, the newly named health minister, to lead the Covid-19 vaccination program early next year, his appointment created alarm because he does not have medical credentials like his predecessors.

In view of this, It is very important to prioritize the implementation of the vaccination because we will achieve better herd immunity as quickly as possible by doing so adding that synergy with organizations will be crucial to the tasks being carried out. Indonesia, the world’s fourth-most populous nation with 270 million inhabitants, is the worst-hit region in the pandemic in South-East Asia.

The preferences for the vaccine will be given through workers aged 18 to 59 and those who are known to be the most at risk of exposure to the virus when they head to work. There are about 246 million doses have been targeted to reach 107 million individuals, or 67 per cent of the target community, representing about 40 per cent of the total population.

Consequently, The nation welcomed on 6th of December which is the first shipment of Covid-19 vaccines containing a total of 1.2 million doses from China’s Sinovac Biotech and expects more to arrive early next year. Among the 11 members of the Government, six ministers and five assistants, Dr. Dante was inaugurated at the presidential palace by Mr. Joko, best known as Jokowii.The prolonged health crisis and the limitations on people’s mobility have plunged South-East Asia’s top economy into its first recession since the financial crisis of 1998.

The civil society organisations have previously called for the expulsion of the retired military doctor, Health Minister Terawan Agus Putranto, who initially downplayed the seriousness of the outbreak of the virus and was later generally viewed as mismanaging it.