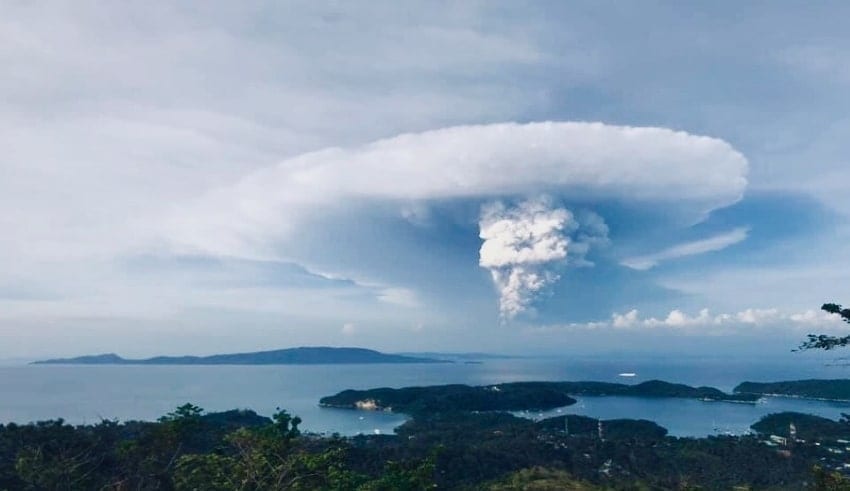 For the other Filipino cultures, the Christmas season in Pulo wherein lakeside communities call Taal Volcano Island is characterized by loud revelry. These are traditional caroling, karaoke sessions, Christmas parties and Noche Buena feasts, here’s the plotwist: there’ll be no grand celebration for some filipinos since the wave of coronavirus, the government has outlawed caroling and prevented gatherings. But more so, because the island settlements are deserted now.

It would be much different and more complicated for former inhabitants of Pulo to celebrate the country’s biggest holiday almost a year since the Taal Volcano erupted and belched out ash that shrouded it in a dense blanket of gray, leaving homes uninhabitable and wiping out their lives.

The inhabitants of Pulo, home to families dependent on fishing and tourism, were the hardest hit by the eruption. Ash has turned the Island of the Volcano into a wasteland. Formerly busy with international and local visitors, San Isidro, a village on the island and administratively part of Talisay. It even looked like a ghost town in late November. There were dead trees everywhere. Houses that collapsed lay bare.

In view of this, There were just a couple of people, fishermen tending fish cages in the bay. Before sundown, they have to go. Following the January eruption, people have been barred from staying on the island. But well before that, because of seismic activity, Pulo had long been declared to be off-limits to settlements.

Another thing, The condition was stronger in the neighboring village of Santa Milagrosa. Stuff seemed natural, save for empty homes and a sense of silence. La Luz claims that the patroness of the village preserves the society. Taal Volcano’s status has been at Warning Level 1 since March 19 after volcanic earthquakes and reduced surface activity at the main crater.

For many Filipinos, the January eruption of Taal sounded like it had occurred a long time before. A lot has happened in the world since, after all: the current COVID-19 situation, lockdowns and strong typhoons back-to-back. Yet the refugees of Taal have to live with their trauma and the effects of the tragedy, now exacerbated by the pandemic.