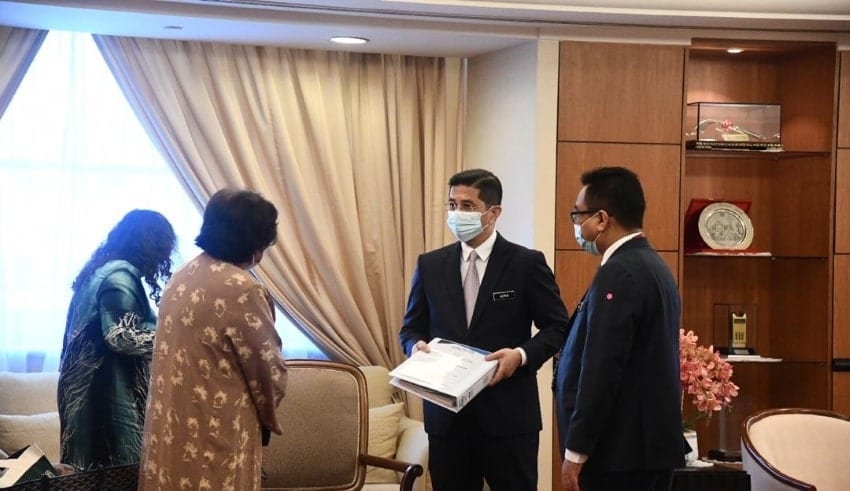 According to Trade Minister Azmin Ali, Malaysia's economic rebound will likely be more U-shaped than V, dampened by renewed restrictions in the wake of a revival of coronavirus infections.
(C) AzminAli / Twitter

KUALA LUMPUR – According to Trade Minister Azmin Ali, Malaysia’s economic rebound will likely be more U-shaped than V, dampened by renewed restrictions in the wake of a revival of coronavirus infections.

In an interview with Bloomberg TV, the government tries to root out the virus without damaging industries by bringing back a national lockout, Datuk Seri Azmin said Still, he said more should be done to flatten the curve of growing cases.

“It looks like that is the situation now but the pace is still slow,” he said when asked about the possibility of a U-shaped recovery. Mr Azmin said, responding to the Activity Control Order that ravaged the economy earlier this year The best approach is to adopt MCO to contain the virus, but that will cost the economy,”

In late September, an increasing cluster of infections forced the government to renew a ban on most social and cultural events and enforce new curbs on movements in most of the world. The constraints are affecting the US$365 billion (S$491 billion) economy, just as signs of change have been revealed.

In the September quarter, Malaysia’s gross domestic product contracted at a slower rate, rebounding from a decades-long decline as the nation started to ease its lockdown in May.

The government of Prime Minister Muhyiddin Yassin is expected to face another challenge next week. When lawmakers vote next Thursday on the 2021 budget, the coalition’s razor-thin majority in Parliament will be put to the test.

If adjustments are made, the last two weeks have seen politicians on both sides of the aisle withdrawing their endorsement. Failure to pass the budget would count as the defeat of a vote of no confidence.

“There’s no reason for the MPs to not support the budget and to defeat it when the budget is meant for the people and economic activities in Malaysia,” Mr. Azmin said. “The finance minister has taken all views into consideration,” he said.