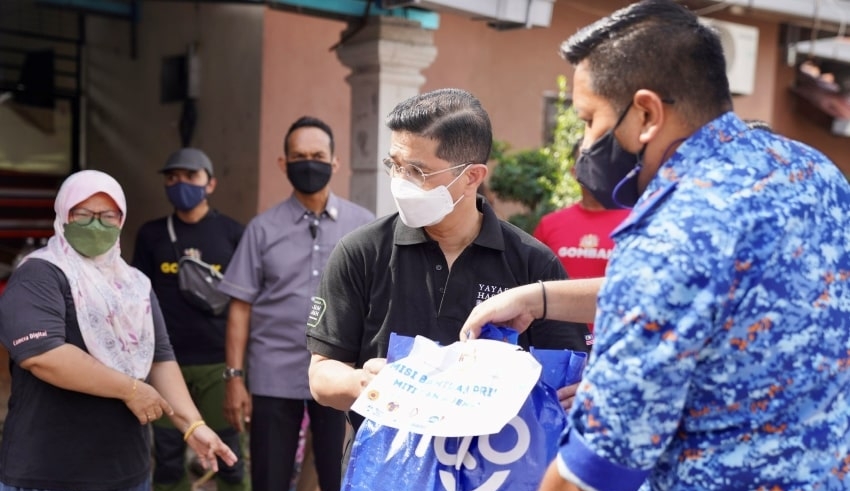 It is a loss of an amazing human being that the anti-apartheid activist of South Africa, Archbishop Emeritus Desmond Tutu has passed away, according to Datuk Seri Mohamed Azmin Ali
(C) MohamedAzminAli / Twitter

Malaysia – It is a loss of an amazing human being that the anti-apartheid activist of South Africa, Archbishop Emeritus Desmond Tutu has passed away, according to Datuk Seri Mohamed Azmin Ali, who is the Malaysia’s Senior Minister for International Trade and Industry.

He said that Archbishop Emeritus Desmond Tutu has been a source of inspiration for him on a personal level because of the principles that he stood for and because of his unyielding will to fight for what is right and fair.

As he put it in a condolence statement released today: “With his death, we have lost an amazing human being, a genuinely magnificent guy.”

In a statement, Mohamed Azmin said that the world mourns the departure of Archbishop Desmond Tutu, who was an outspoken supporter of nonviolence and global peace, as well as a steadfast opponent of apartheid and injustice, as well as corruption.

For decades, he said that Tutu has provided moral leadership and that he has served as a shining example of religious tolerance, moderation, and compassion. He also praised Tutu for his work as a steadfast defender of global human rights, who has spoken out for those who are oppressed, poor, and marginalized, regardless of race, color, or religion.

Bishop Desmond Tutu, who received the Nobel Peace Prize for his work in ending apartheid in South Africa, has passed away on Monday at the age of 90.

In the 1980s, he was also appointed as the first Black archbishop of the St Georges Cathedral in Cape Town. Apart from that, he also served as the chairperson of South Africa’s Truth and Reconciliation Commission, which was established by the country’s new democratic government in 1995 to aid in the healing and reconciliation of the country by uncovering human rights violations that occurred during the apartheid regime and subsequent decades.