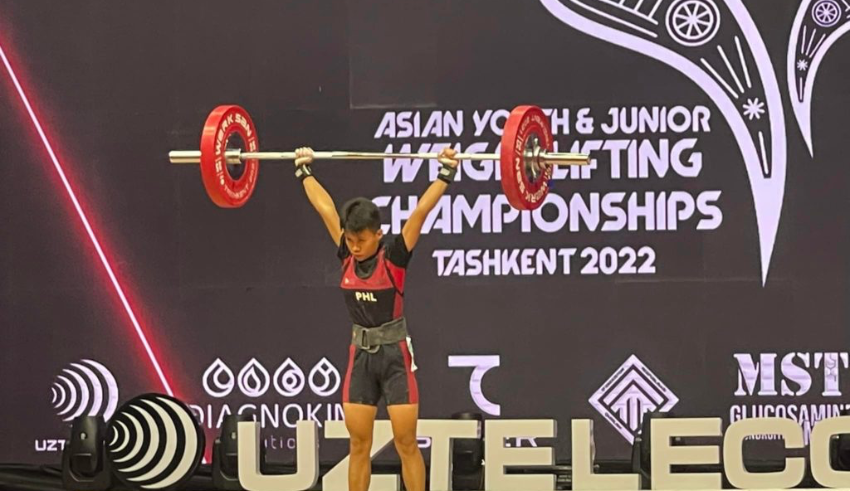 Colonia won one silver and two gold medals in performance that created new world, Asian records, and broke the record for most medals won in a single competition
(c) Manila Bulletin

PHILIPPINES — As the supremo of Philippine weightlifting, there will be no shortage of possible heirs or heiresses of Tokyo Olympics gold medalist Hidilyn Diaz.

With another world-class lifter in 15-year-old Angeline Colonia at the Asian Youth and Junior Championships in Tashkent, Uzbekistan, Colombia’s champion weightlifting machine continues to grind like clockwork.

Colonia, who originates from Zamboanga just like Diaz, won two gold medals and one silver medal in a spectacular performance that not only created new world and Asian records in the women’s 40-kilogram class but also broke the record for most medals won in a single competition.

In March of this year, Colonia, an 11th-grader from Culianan National High School in Zamboanga City, became a member of the national team. Nestor Colonia’s eldest daughter, she is the youngest of the three siblings. In Seoul in 1988, her uncle, Gregorio Colonia, trained her for the Olympics.

Her performance in the snatch event was especially remarkable because she broke both the Asian and the global record of 61 kilograms.

In the meantime, Prince Keil de los Santos won a bronze medal in both the clean and jerk event (49 kg) and the overall competition (186kg).

Other promising huge names that could be the future of the country include the 18-year-old Asian and Southeast Asian champion Vanessa Sarno, as well as the promising sibling duo Rose Jean and Rosegie Ramos, both of whom are now competing in Tashkent.

“Expect more. Sent 13 kids, including Vanessa, Rose Jean, and Rosegie. This is for the country and the future of weightlifting,” The statement was made on Monday by Samahang Weightlifting ng Pilipinas president Monico Puentevella to The STAR.