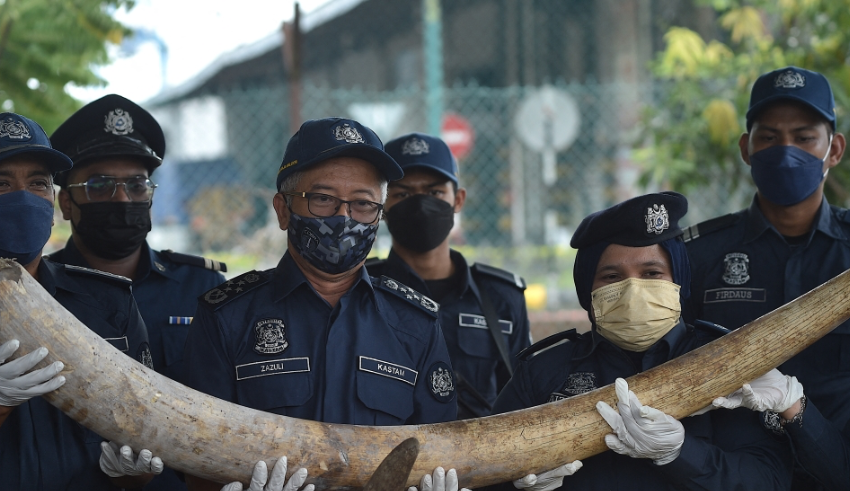 Authorities made a discovery at the western port in the state of Selangor that involved almost six tonnes elephant tusks, rhino horns, pangolin scales, and tiger bones
(c) Al Jazeera

MALAYSIA — The police in Malaysia have made a significant seizure of illegally traded animal parts, including elephant tusks, rhino horns, pangolin scales, and tiger bones. The total value of the haul is approximately 80 million ringgit ($17.9 million).

On Sunday, authorities made a discovery at the western port in the state of Selangor that involved almost six tonnes of ivory tusks and other animal parts.

According to the Director General of Customs in Malaysia, Zazuli Johan, who made the statement on Monday, it is believed that the animal parts came from Africa.

The Director General of Royal Malaysian Customs, Zazuli Johan, stated that it was their largest seizure to date to the reporters gathered at a news conference in Port Klang, which is Malaysia’s primary port.

The package had left Africa and was traveling through Abu Dhabi on its way to Pasir Gudang, which is a significant port in southern Malaysia. It was being monitored while it was in transit.

A collection of tusks and other animal parts, including an animal skull and jewelry that looks to be made of ivory, were photographed and shared by the Malaysian customs department.

Traditional medicine makes use of a lot of different parts of animals, including lion bones, for example. As a result of the strong demand for their meat and scales — both of which are seen as a delicacy and are valuable in traditional medicine — pangolins have been hunted to the point that they no longer exist. Pangolins are scale-covered insectivores that are roughly the size of a house cat.

The Chinese government withdrew pangolin scales off its list of permitted substances used in traditional Chinese medicine in the year 2020. This move, which campaigners regarded as a crucial step toward protecting the world’s most trafficked mammal, was welcomed by conservationists around the globe.