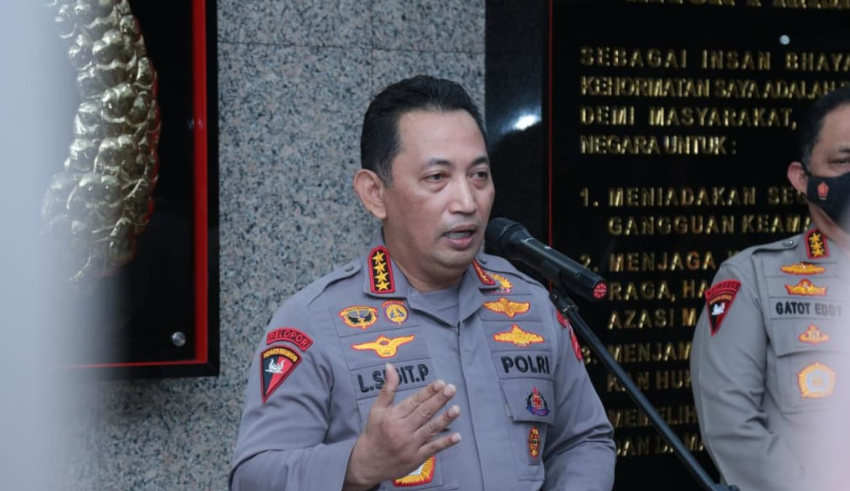 The authorities investigate the killing of Nopryansyah Yosua Hutabarat, announced on Monday that Inspector General Ferdy Sambo has been suspended from his position
(c) Channel News Asia

INDONESIA — Due to the suspicious circumstances surrounding the death of the general’s bodyguard at the general’s residence, the Indonesian National Police has suspended a two-star general from active duty and placed him on administrative leave.

As the authorities investigate the killing of Nopryansyah Yosua Hutabarat, age 27, the chief of the National Police, Listyo Sigit Prabowo, announced on Monday (the 18th of July) that Inspector General Ferdy Sambo has been suspended from his position as chief of internal affairs. Sambo was suspended pending the outcome of the investigation.

“The (decision) is taken to ensure that what we are doing remains objective, transparent, and accountable so that the ongoing investigation process can run smoothly and shed light on this incident,” Mr. Prabowo made a statement to the reporters present at the headquarters of the National Police in Jakarta. He added that “the process is ongoing. Witnesses are being examined. Evidence is being collected. We are committed to ensuring that the whole process meets with scientific standards.”

On the 8th of July, Mr. Hutabarat, a police sergeant who had been tasked with protecting Mr. Sambo’s family, was gunned down. He was riddled with wounds from a number of bullets all over his body. According to the police, Mr. Hutabarat was shot and murdered by another officer after a confrontation at Mr. Sambo’s residence.

“He was insane”: Elderly man with Alzheimer’s killed his granddaughter

According to the police, Mr. Hutabarat attempted to abuse Mr. Sambo’s wife sexually, and the second officer was attempting to protect her from him.

The incident was not made public by the police until the 11th of July. Additionally, they failed to disclose the identity of Mr. Hutabarat’s assailant, referring to him only by his initials, “E.”

Several surveillance cameras that could have recorded the incident were broken, according to police reports from the day before, on the 12th of July.

Meanwhile, according to Indonesian media, none of the neighbors of Mr. Sambo could recollect a shootout or seeing an ambulance arrive at the scene of the incident.

Lawyers for the family of Sgt. Hutabarat were quoted by local media as saying that the officer had seven bullet wounds. They also alleged that Hutabarat’s shoulder and jaw were dislocated. It was also discovered that he had numerous bruises and cuts all over his body.

Local media outlets speculated that the dead officer was having an affair with Mr. Sambo’s wife and was tortured and killed as a result of the circumstances surrounding his death. When contacted about this notion last week, South Jakarta police refused to respond.

In praising the police’s decision to suspend Mr. Sambo, the Coordinating Minister for Politics, Legal, and Security Affairs, Mahfud MD, expressed his gratitude. On Monday, he tweeted that the police “are responding quickly towards people’s aspirations” in reference to calls from experts and lawmakers to suspend the two-star general.