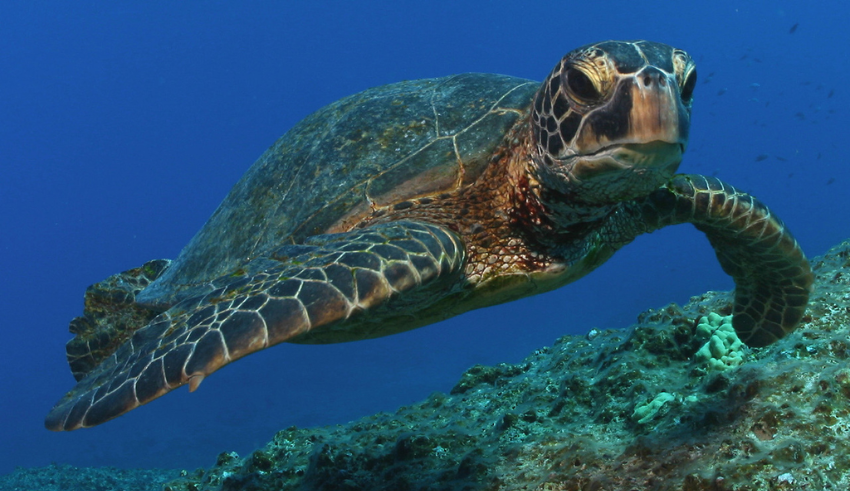 Endangered green sea turtles were found with wounds on their necks in the vicinity of Kumejima, the turtles get caught in nets that local fishermen set up
(c) Noaa Fisheries

JAPAN — On Thursday, at least 30 endangered green sea turtles were found with wounds around their necks in the vicinity of the remote island of Kumejima, which is located in the Okinawa prefecture of Japan. These turtles were found in the southernmost part of the prefecture.

According to a police officer from the Naha Police Station in Okinawa, the investigation into the matter was opened on Friday after the sea turtles were discovered during low tide.

According to the official, several of the turtles had visible wounds and were taking shallow breaths. They had cuts and punctures around their necks that appeared to have been made by a blade.

He went on to say that it is now unknown where the turtles are, and it is probable that they were carried away by the tide.
According to the spokesperson, the investigation into what happened is still ongoing, and the police are still interrogating witnesses.

He went on to say that the marine turtles get caught in the nets that the local fishermen have set up and that because of this, the turtles are considered a “nuisance” since they tear the nets.

According to Tsukakoshi’s statement, “some fishermen think that the turtles eat all of the seagrasses before it grows, thereby preventing the fish from spawning in the area.”

All species of marine turtles are regarded as vulnerable to extinction and are included on the Red List maintained by the International Union for the Conservation of Nature (IUCN). According to the Globe Wide Fund for Nature, which is an international non-governmental organization, they are protected in every single country in the world.

However, they are facing a rising risk as a result of factors such as the expansion of coastal areas, excessive fishing, and bycatch, which refers to when turtles are taken accidentally while fishermen are pursuing other species.