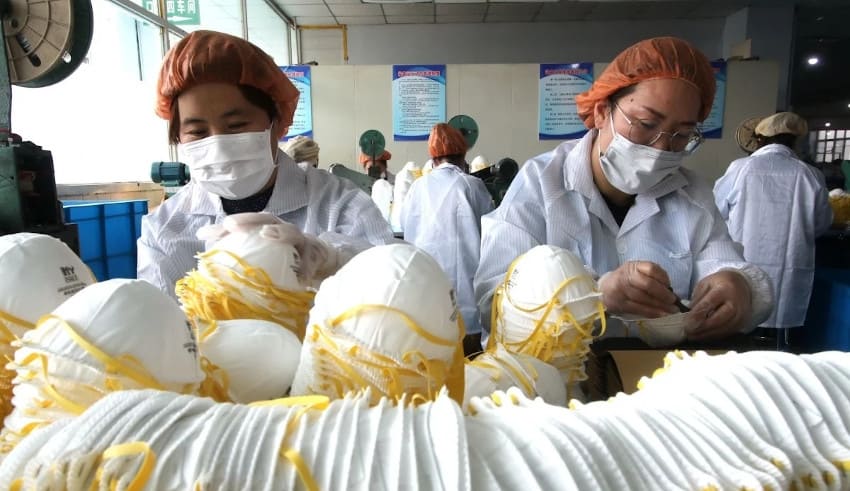 Amid pandemic coronavirus or Covid-19, some countries need medical equipment to avoid transmission of the virus. Thousands of testing kits and medical masks are below standard or defective that imported from China, according to authorities in Spain, Turkey and the Netherlands.

On Saturday, the Dutch health ministry announced it had recalled 600,000 face masks. The equipment had arrived from a Chinese manufacturer on 21 March, and had already been distributed to front-line medical teams.

Dutch officials said that the masks did not fit and that their filters did not work as intended, even though they had a quality certificate,

It announced it had bought hundreds of thousands of tests to combat the virus, but revealed in the following days that nearly 60,000 could not accurately determine if a patient had the virus.

Spanish Health Minister Salvador Illa said the country had bought $467 million in medical supplies from China, including 950 ventilators, 5.5 million testing kits, 11 million gloves, and more than half a billion protective face masks. However, after receiving the supplies, the government announced plans to return 9,000 “quick result” test kits to China, because they were deemed substandard, specifically the sensibility of the test was around 30 percent when it should be higher than 80 percent.

The Chinese embassy in Spain tweeted that the company behind the kits, Shenzhen Bioeasy Biotechnology, did not have an official license from Chinese medical authorities to sell its products.

It clarified that separate material donated by the Chinese government and technology and retail group Alibaba did not include products from Shenzhen Bioeasy.

Turkey also announced that it had found some testing kits ordered from Chinese companies were not sufficiently accurate, although it said that some 350,000 of the tests worked well.

Allegations of defective equipment come after critics warned China could be using the coronavirus outbreak to further its influence.

The Netherlands is the latest country to reject China-made coronavirus testing kits and other protective gear, calling the items substandard and raising serious questions about the quality of the supplies Beijing is selling to the world.

The Netherlands joins Spain, Turkey, Georgia, and the Czech Republic in their concerns over masks and test kits. The claims come as the number of confirmed COVID-19 cases surge in the United States and Europe, highlighting the dependence many countries have on Chinese imports.

China has urged countries not to “politicise” concerns about the quality of medical supplies after some countries in Europe reported defective products sourced from China.

Chinese foreign ministry spokeswoman Hua Chunying said on Monday that an objective approach was needed to solve the problems.

Hua said that for example in Slovakia, officials had raised concerns about the reliability of Covid-19 test kits bought from China but medical workers had been using the kits incorrectly, leading to inaccurate results.

She added that in the initial stages of China’s fight against the coronavirus epidemic, countries had sent some relief supplies that did not meet Chinese standards.

Xu Hong, China’s ambassador to the Netherlands, said he had spoken by telephone with the Dutch Minister for Medical Care and Sport Martin, van Rijn, on Sunday about the issues and said “if necessary” China would help the Dutch investigation into the quality of the masks.

Xu also rejected concerns that China had a political agenda accompanying its medical support. He called for its assistance in not to be politicised.

“The reason why China supports the Netherlands and other countries to fight the pandemic is very simple: we are trying to save lives,” Xu said.

“There is no ‘geopolitical consideration’ as a few claimed. It is normal if some problems arise during the cooperation. These problems can be solved in an objective manner, but should not be politicised.”

On Thursday, the Chinese embassy in Spain said on Twitter that the Bioeasy test kits had not been approved by China’s National Medical Products Administration and were not included in the medical supplies sent by the Chinese government to Spain.

Separately, the Philippines health department on Sunday apologized  for comments it had made a day earlier that two batches of coronavirus test kits provided by China were substandard, and acknowledged that the quality of the test kits did meet global standards.

In the case of the Czech Republic, where some media reports claimed that inaccuracy rates of rapid testing kits from China were 80 percent, the problem may have been “improper use” by some Czech officials, the Chinese Embassy in the Czech Republic said on Friday, adding that the claim was false.

Test results could also vary given the different types of methods and different performances conducted by officials, according to analysts.

While the Netherlands did not provide further details, the issues might have much to do with the fabric used in the masks to filter out airborne particles – a material that China relies on importing from Switzerland and Turkey, according to Chen Lianjie, an executive at Zhejiang Kanglidi Medical Articles Co.

Some Chinese companies have been engaged in illegal production and selling of masks and other medical products, and China has responded by stepping up crackdowns on these companies, according to Chinese officials.

The State Administration for Market Regulation (SAMR) on Monday released its 10th round of examples of five companies and individuals that have been engaged in illegal production and sales. Officials confiscated the products and issued fines up to 1.18 million yuan ($166,130).

However, issues regarding quality of masks does not stop here. There are also a slew of problems in regards to the process of obtaining export certificates and foreign procurement channels, according to companies and industry analysts.

What made such irregularities possible are changing standards from foreign governments. Both the EU and the US have lowered market restrictions for the import of masks and other medical supplies due to shortages at home, including lowered tariffs and fast-tracked procedures, according to the China International Chamber of Commerce (CICC) on Monday.

For example, the EU has allowed Chinese medical products to be exported even before they gained regulatory approval or without the “Chinese export” label, the CICC said.

Regarding the masks the Dutch officials have asked recall, it was unclear whether they had gained proper certification and were purchased through proper channels as the officials did not disclose the source of the masks.

The Spanish government purchased the testing kits in question from a company called Shenzhen Bioeasy Biotechnology. But the Chinese Embassy in Spain said that the company was not approved by Chinese authorities and was not included on a list of 12 suppliers the Chinese Ministry of Commerce (MOFCOM) provided to Spanish officials. Bioeasy also said in a statement on Friday that Spanish health workers probably have not followed instructions provided by the company in collecting testing samples.

Indonesia
Indonesia also imported medical supplies from China. There is a fact, when the goods reported had arrived, it is written ‘Made in Indonesia’ on some boxes. According to Indonesian National Board for Disaster Management (BNPB), medical equipment that came from China with label “Made In Indonesia’ is from offshoring that have done between two countries.
Meanwhile, for rapid test Indonesia imports around 1 million from China, and not part of offshoring, where it is shipped partially.