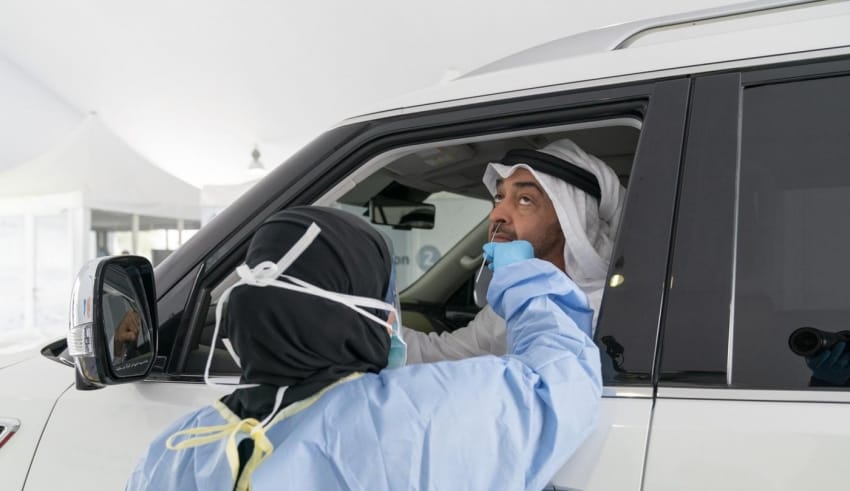 This is the age for innovation and discovery of fastest technology that will serve as a treatment to everyone’s need. Here’s what the United Arab Emirates got when they finally opened a drive-through coronavirus test facility as part of efforts by the Gulf state to counter the disease.

It was implemented by Abu Dhabi Crown Prince Sheik Mohammed bin Zayed where the facility will have screenings with state-of – the-art equipment and a medical team within five minutes.

Not only that the facility will accommodate 600 people a day, giving priority to the disabled, pregnant women and those with chronic illnesses.

The media office expressed that people would book a rendezvous beforehand.

Test to reassurance for the broader community will cost 370 dirhams (US$ 100).

The UAE, which had 570 officially declared cases of COVID-19 including three deaths, placed restrictions on night-time movements and took measures to sanitize outdoor areas and public transport.

The Gulf State has curbed passenger flights, closed its borders to foreigners and asked people only if necessary to go outside.

UAE Attorney General Hamad Saif al-Shamsi has released a list of fines ranging from $272 to $13,600 for those who breach the Virus-containing regulations.

This initiative will not only resolve the lacking in handling the persons under investigation but it will raise awareness and safety to the countrymen so that the number of infected people will be reduced.