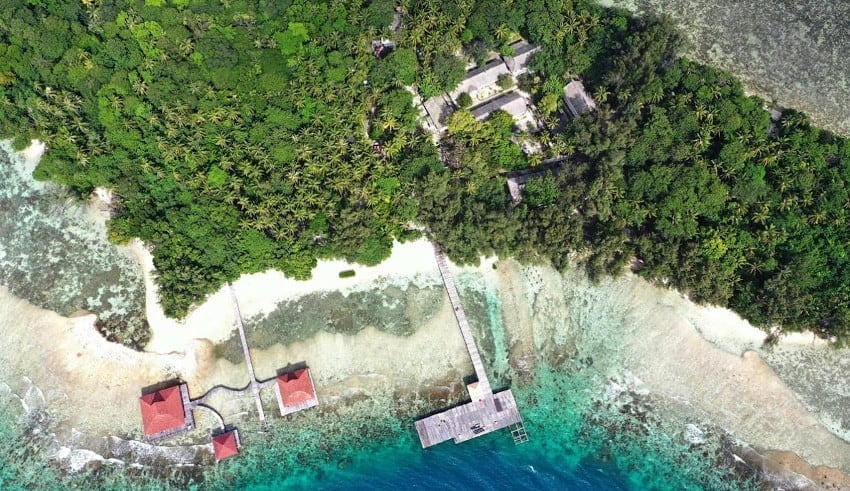 The Indonesian crew members that were evacuated from the World Dream cruise ship in Hong Kong, which was released from quarantine on Feb. 9 will be placed to Island in Indonesia for observing coronavirus quarantine. Indonesian authorities are moving fast to ensure that the facilities on Sebaru Kecil Island are finished.

As many 188 Indonesian crew member were transferred at sea to the Navy’s Dr. Soeharso Hospital Ship on Wednesday afternoon in the Durian Strait of Karimun regency, Riau Islands province, and then directly transported to Sebaru island.

The World Dream crewmen had already been tested during their quarantine in Hong Kong and the results were all negative. However, authorities are taking no chances amid concerns over the increasing spread of the novel coronavirus outside China.

Sebaru Island is the uninhabited island, which is part of the Thousand Islands archipelagic regency of Jakarta. This will be “home” for 188 Indonesian nationals who arrived on Wednesday afternoon to start their 14 days of observation.

Sebaru Kecil Island was once the site of a drug rehabilitation center, and retains most of the center’s structural facilities. Even so, the newly refurbished facilities were inspected on Thursday by the joint team managing the quarantine, comprising personnel from the Office of the Coordinating Human Development and Culture Minister, the Health Ministry, the National Disaster Mitigation Agency (BNPB), the Indonesian Military (TNI) and the National Police.

On Wednesday, the necessary medical and security equipment were shipped from Jakarta aboard the TNI’s KRI Banda Aceh. Then, early Thursday that things unloaded on Sebaru Island. For emergency cases, the TNI also provided a helicopter in that area.

More than 760 personnel from the TNI and the BNPB, as well as a medical team from the Health Ministry, have been deployed to Sebaru for the 14-day observation protocol. The number of obervation days recommended by the World Health Organization (WHO).

“We are already 85 percent ready. What remains are the supporting facilities,” TNI commander Air Chief Marshal Hadi Tjahjanto said in a  media statement from the BNPB released on Thursday. He instructed that all preparations be finished before 8 a.m. on Friday.

Meanwhile, BNPB logistics and equipment director Rustian emphasized that the facilities for Indonesia’s “second edition” of quarantine on Sebaru Island were better than that provided in Natuna. In that place, the first group of 238 Indonesians were quarantined after evacuated from Hubei, China.