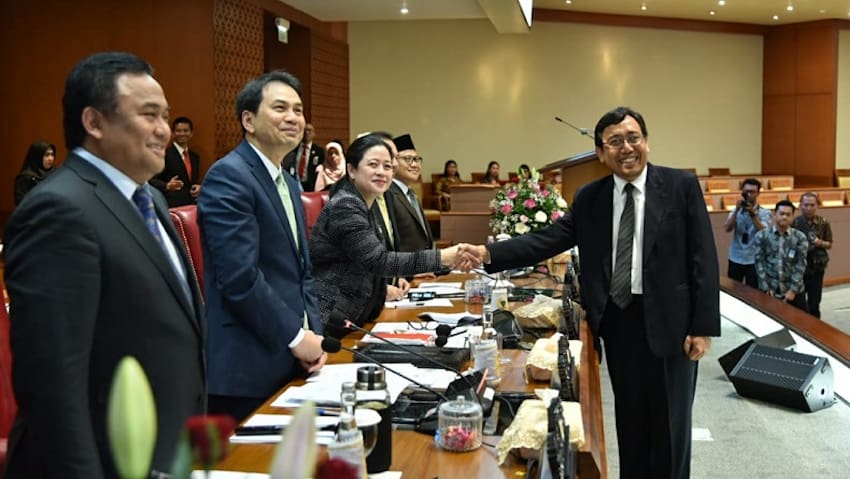 I Dewa Kadek Wiarsa Rakasandi officially Entered the ranks of the Commissioner of the General Election Commission (KPU) replaces Wahyu Setiawan who has the status of a suspect. The decision was taken through the DPR Plenary Meeting, Thursday (27/2).

Chairman of the House of Representatives (DPR) Commission II Ahmad Doli Kurnia previously read a report on the results of the internal commission meeting at the DPR Plenary Meeting in the Parliament building, Senayan.

Deputy Speaker of the DPR Azis Syamsuddin as leader of the DPR Plenary Meeting responded to the report by asking participants for their approval of the election of Dewa.

“Based on the report, can we approve the replacement of KPU members?” Azis asked.

“Agree,” replied the participants of the DPR Plenary Session, then replied to the hammer ratification by Azis.

As many as 275 DPR members did not attend the closing plenary session for the second session of 2019-2020. In addition to Azis, four other leaders, namely Puan Maharani as Speaker of the DPR, Sufmi Dasco Ahmad, Rachmat Gobel and Muhaimin Iskandar were also present.

As is well known, the Corruption Eradication Commission (KPK) has set Wahyu Setiawan as a suspect in the interim bribery case (PAW) member of the PDIP Faction. Wahyu is currently in a detention center.