The Asian Affairs > Politics > Despite Prayut Being Cleared by Court, Protestors Will Not Stop Raising Rallies 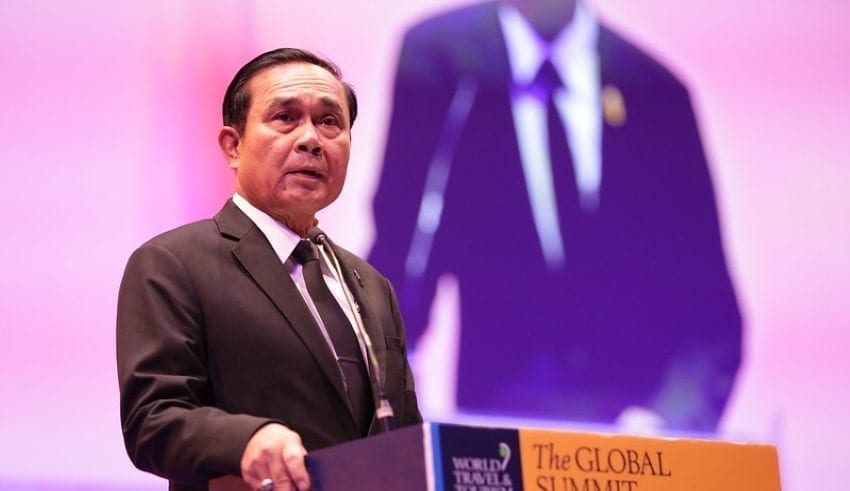 The Thai demonstrators gathered in Bangkok to reject a constitutional court decision to clear Prime Minister Prayut Chan-o-cha of misconduct for living in army housing beyond his retirement as head of the army.
(C) Flickr,World Travel & Tourism Council

The Thai demonstrators gathered in Bangkok to reject a constitutional court decision to clear Prime Minister Prayut Chan-o-cha of misconduct for living in army housing beyond his retirement as head of the army. In view of this,  Mr. Prayut earned preferential care by shouting get out and evil prime minister. They also reiterated their months-long demand that, as will be required in constitutional monarchies, King Maha Vajiralongkorn remain above politics.

The Constitutional Court confirmed that Mr. Prayut was allowed to remain in the guest quarters of the Bangkok First Infantry Regiment, where he had stayed previous to his retirement from the army. General Prayut Chan-o-cha can legitimately remain in the facility for military guests. As a retired military officer and as a citizen serving the government. He may have been thrown out of office if the court had decided differently.

The then army chief staged a coup in May 2014 that toppled the government headed by the Pheu Thai Party and installed himself as prime minister. In September that year, he resigned from his military post, but lived with his family in the army quarters. After the 2019 election, he returned to lead the new coalition government as premier.

Lawmakers from the opposition also lodged a lawsuit about his perceived misuse of influence. Mr Prayut shared that he was staying in the barracks for safety reasons. Recently, he didn’t appear in court, choosing to make a field visit to the province of Samut Songkhram and then attend a Government House meeting. Since February, youth-led demonstrations have taken place against the administration, which protesters say is a holdover from the earlier regime of Mr. Prayut that triumphed through a specially engineered Constitution.

In addition to asking that the Constitution be changed and that Mr Prayut resign, demonstrators have called for reform of the monarchy. The most divisive one is the last demand. Provided that King Vajiralongkron of Thailand oversees two army divisions and currently owns properties that used to be owned on behalf of the Crown Property Bureau, estimated to be worth over US$40 billion (S$53.6 billion).

While lawmakers voted to begin the process of amending the Charter in November, most were reluctant to touch on the monarchy’s powers. The king, who normally spends most of the year in Germany, flew with Queen Suthida to Thailand and met and thanked the royalists.

Meanwhile, a ban on lese majeste charges filed by police against at least 12 opposition participants over the past week has also been lifted by the government. Anyone accused of offending or defaming the monarch, queen or heir apparent will be sentenced for up to 15 years under this statute.

Morever, The escalating police activity did not stop demonstrators from protesting outside an army base hosting a unit directly commanded by the king.

i love this exceptional article