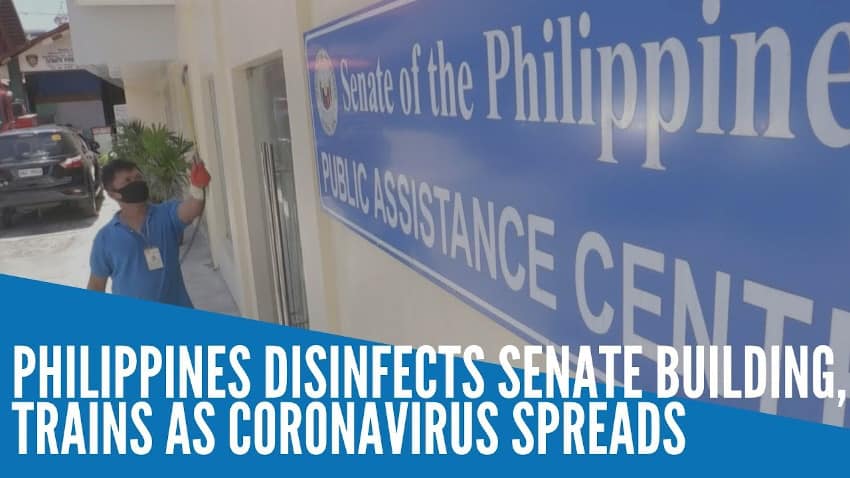 Finance Secretary Carlos G. Domínguez III said the DOF building in Manila would undergo “absolute disinfection.” DOF work would resume when disinfection is completed and informed by the Department of Health (DOH), “said Domínguez, who is Chief Economic Officer of President Rodrigo Duterte.

Dominguez also said that he directed all the DOF-attached agencies— including the Customs Offices (BOC), the Internal Revenue Office (BIR) and the Treasury — to thoroughly clean all their premises this weekend.

On Wednesday night, Dominguez confirmed that he had met a person who had been tested positive for COVID-19 last week.

While Dominguez had no symptoms at all, he was self-isolating at the time, and he also urged reporters covering the DOF to do the same.

Early Thursday, Dominguez said he was going to be checked but expected for the first time at the scheduled meeting of the Monetary Board— the BSP’s highest policy-making body— in the morning.

Dominguez serves as President Duterte’s representative on the Monetary Commission, which meets weekly every Thursday.

However, Dominguez later on said the Monetary Board meeting was moved to Friday, and will be held via teleconference.

Presidential advisor for flagship programs and initiatives Secretary Vivencio B. Dizon will also be on self-quarantine “as a precautionary measure, following exposure to a person who tested positive for COVID-19,” said his executive assistant in a text message.

The state-run GSIS pension fund, whose building in Pasay City housed the Senate, which was also locked down due to exposure of some senators to COVID-19, said its head office on Thursday was “temporarily closed as an urgent precautionary measure.”

In a statement, the Manila-based ADB confirmed that its workers had been advised to work from home on Thursday, “following the advice that a visitor to the bank had tested positive” for COVID-19.

The Manila Bank Headquarters will be closed on 12 March to undergo cleaning and disinfection. The bank’s activities will continue. The ADB management will decide in the coming days when the bank premises will be reopened.