The Asian Affairs > Latest News > Sports > Due to their record shooting, the Pacers defeat the Nets 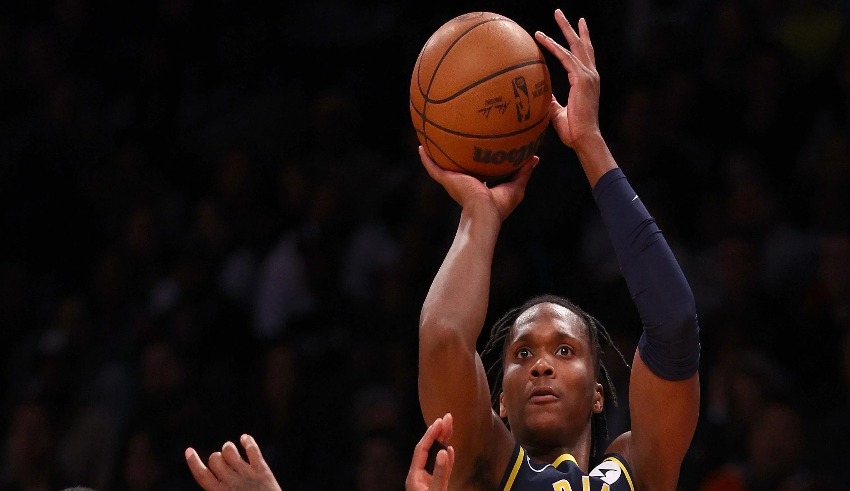 When Chris Duarte made a three-pointer for a 111-101 lead with 6:14 left in the game, the Pacers tied their previous team record for three-pointers (22), which they had previously set twice in May 2021.

With 2:33 remaining, Mathurin connected from the corner to give Indiana its 23rd triple and a 121-109 lead.

Off the bench, Mathurin connected on 8 of 16 shots and nailed six three-pointers as Indiana’s reserves scored a total of 47 points. Additionally, Mathurin made history by becoming the first Pacer rookie since Myles Turner on January 22, 2016, against Golden State to score at least 30 points in a backup role.

The Pacers attempted 46 three-point shots and made half of them, shooting a game-high 42.6%.

As the Pacers dished out 31 assists, Buddy Hield nearly had a triple-double with his 17 points, 9 rebounds, and 8 assists.

Kyrie Irving topped all scorers for the Nets with 35 points. Although he added 26, Kevin Durant missed 12-of-20 shots as the Nets suffered their fourth straight defeat. With 11 points each, Royce O’Neale and Joe Harris contributed.

The Nets made 50% of their field goals, but they also gave up 17 offensive rebounds.

The Pacers led 63-62 at the half and held a 92-90 advantage going into the fourth before exploding late.

A little more than two minutes into the fourth, Irving’s three-point play reduced Indiana’s lead to 98-95. Before he made the record-breaking three-pointer, Mathurin gave the Pacers a 118-103 lead with 4:18 left to seal the victory.