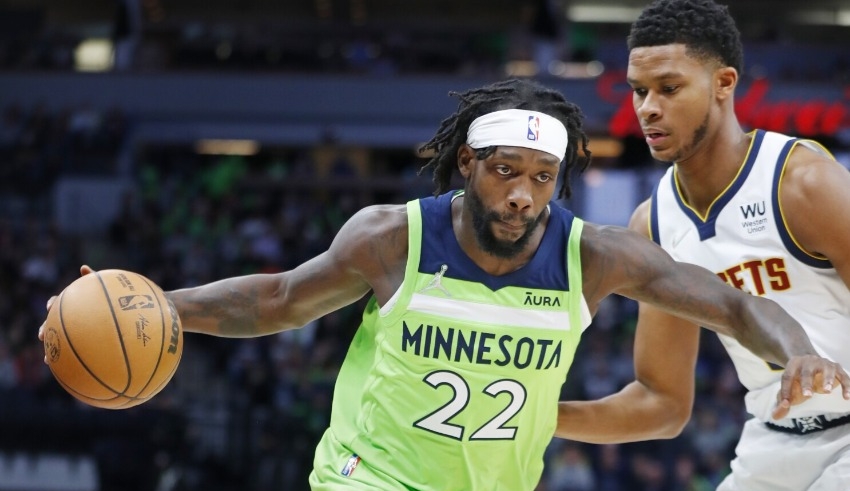 Patrick Beverley, who has been named to the All-Defensive Team 3 times, would be traded from the Jazz to the Los Angeles Lakers in exchange for Horton-Tucker.
(c) Los Angeles Times

According to reports, the Los Angeles Lakers are going to strengthen their defensive capabilities.

According to reports from ESPN and The Athletic on the evening of Wednesday, August 24, Patrick Beverley, who has been named to the All-Defensive Team three times, would be traded from the Utah Jazz to the Los Angeles Lakers in exchange for Talen Horton-Tucker.

Stanley Johnson is reportedly going to be in Utah as well, as reported by ESPN.

In the beginning of his professional career, the 6-foot-1 guard played for teams in Ukraine, Greece, and Russia.

Beverley made his long-awaited debut in the National Basketball Association (NBA) in January 2013 with the Houston Rockets, where he played for a total of five seasons. Four seasons with the Los Angeles Clippers followed before Beverley spent last season with the Minnesota Timberwolves.

In a deal that took place one month ago, he was moved from the Timberwolves to the Utah Jazz as part of the package that included center Rudy Gobert.

The forward Johnson, who is currently 26 years old, is expected to sign with his fifth NBA team. In the one and only season that he played in Los Angeles, he averaged 6.7 points and 3.2 assists per game. His career totals are 6.3 points scored and 3.1 assists handed out.