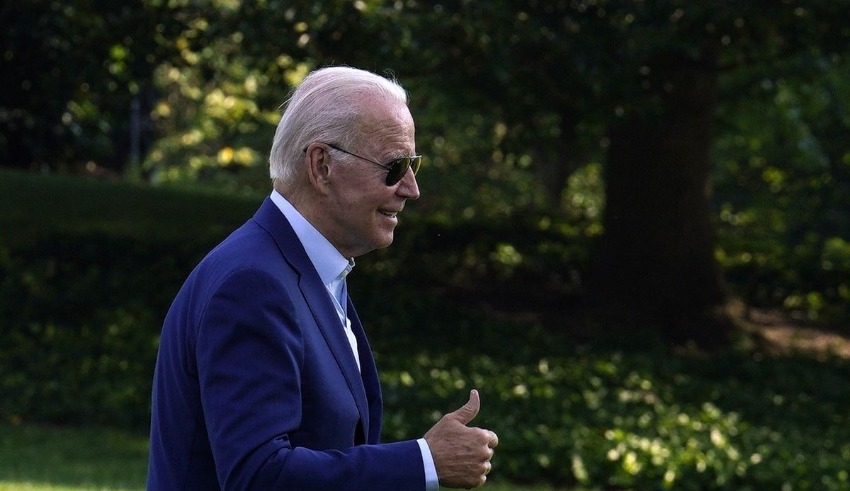 The United States government will cancel student debts of up to $10,000 for millions of people who have graduated from college but are still stuck with debt.
(c) Bloomberg

President Joe Biden kept a promise he made during his campaign for the White House in 2020 by announcing on Wednesday (August 24) that the United States government will cancel student debts of up to $10,000 for millions of people who have graduated from college but are still stuck with debt.

However, some economists have stated that it may fuel inflation, and some Republicans in the United States Congress have questioned whether or not the president had the legal authority to cancel the debt. The move could boost support for his fellow Democrats in the upcoming congressional elections in November.

According to economists, the cancellation of debt will release hundreds of billions of dollars for new consumer spending, which could be directed toward the purchase of a home or other high-priced purchases. These economists said that this would add a new dimension to the fight against inflation in the country.

During his speech at the White House, President Joe Biden described these steps as being “for families that need them the most; working and middle class individuals who have been impacted very hard during the pandemic.” In response to one of the plan’s most significant points of contention, he guaranteed that no households with high incomes would gain from it.

Since the beginning of the COVID-19 outbreak, the balances of borrowers have been frozen, and there will be no payments necessary on the majority of federal student loans beginning in March 2020. A significant number of Democrats have requested that President Biden forgive up to fifty thousand dollars (US) for each borrower.

Student loan forgiveness was widely opposed by Republicans, who claimed it was unjust since it would benefit people with higher incomes to a disproportionately greater extent.

“President Biden’s student loan socialism is a slap in the face to every family that sacrificed to save for college,” Senate Minority Leader Mitch McConnell said on Wednesday. “Every graduate who paid their debt,” he continued, “and every American who chose a certain career path or volunteered to serve in our Armed Forces in order to avoid taking on debt.”

White House adviser on domestic policy Susan Rice told reporters that the cost of the package has not yet been determined by the administration and that it will depend on the number of people who apply for it. According to what she indicated, student loans that were secured after June 30 of this year are not eligible.

Karine Jean-Pierre, the press secretary for the White House, stated to the reporters that the administration has the legal ability to cancel the debt in accordance with a legislation that permits such action in the event of a national emergency such as a pandemic. Earlier, Republican US Representative Elise Stefanik had previously referred to the plan as “reckless and illegal.”

According to the Department of Education, around 8 million borrowers would be affected automatically, while the other borrowers will need to request forgiveness.

According to the Education Department, the federal government has announced that it will forgive up to $20,000 in debt for approximately 6 million students who come from low-income families and who received federal Pell Grants. Additionally, the government is proposing a new rule that will protect some income from repayment plans and forgive some loan balances after 10 years of repayment.

According to a study conducted by the Federal Reserve Bank of New York, a reduction of $10,000 in federal debt for each student would result in a total savings of $321 billion and wipe out the entire burden for 11.8 million borrowers, which is 31% of all borrowers.

Reporters were told by a top source in the Biden administration that the idea may be beneficial to up to 43 million student borrowers, and could even totally eliminate the debt for around 20 million of them.

After the 31st of December, the government will resume requiring payment on any outstanding student loans that had their repayment requirements put on hold during the pandemic. According to the official, this would neutralize any inflationary impact that the forgiveness might have. According to the source, the resumption of payment could potentially have a depressing impact on market pricing.

Larry Summers, who had previously served as secretary of the US Treasury, took issue with this. On Twitter, he argued in favor of providing debt relief “consumes resources that could be put to better use assisting people who, for whatever reason, were not given the opportunity to attend college. Additionally, it will tend to have an inflationary effect by increasing the cost of tuition.”

In a similar vein, Jason Furman, a professor at Harvard who served as the chairman of the Council of Economic Advisers under the Obama administration, stated that the cancellation of debt would render the deflationary effects of the Inflation Reduction Act null and void. According to what he had to say, it was irresponsible to add another about half a trillion dollars worth of fuel to the inflationary fire that was already going strong.
The top economist of Moody’s Analytics, Mark Zandi, took the White House’s side when he said that the restart of payments on student loans, which amount to billions of dollars each month, “would restrict growth and is disinflationary.”