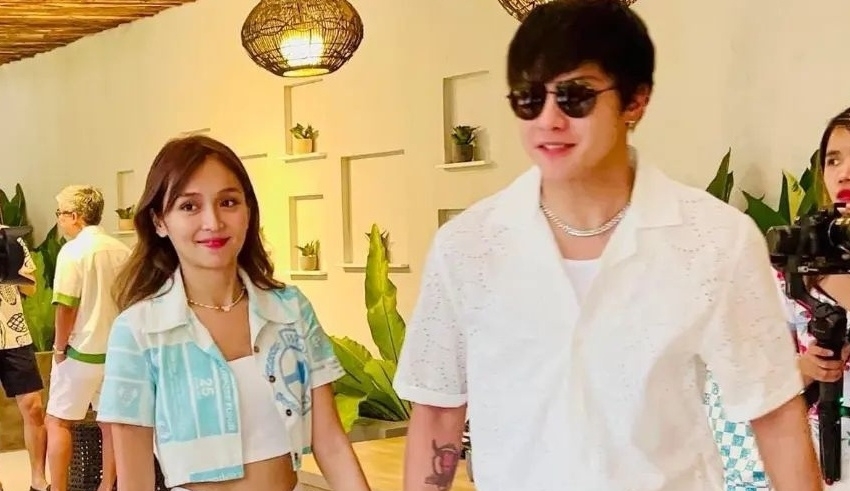 The famed Kathryn Bernardo and Daniel Padilla recently went on a trip to Palawan together, even though there were rumors that they were going to break up.
(c) Fashion Plus

Kathryn Bernardo and Daniel Padilla, who recently traveled to Palawan together despite rumors of their breakup, appeared to be in good spirits.

During the closing press conference for their romantic-comedy television series “2 Good 2 Be True” on October 24, the performers presented differing definitions of loyalty in response to the question, “What does loyalty mean to you?” Bernardo stated that her definition of devotion is contentment, while Padilla saw his dog Summer as his “most faithful” companion.

While the couple did not comment on the allegations, Bernardo shared photos of her time with Padilla in Palawan on Instagram on Saturday, October 29. Bernardo and Padilla were at El Nido to witness the launch of Padilla’s new enterprise with fellow actor Piolo Pascual.

Padilla’s mother, actress Karla Estrada, previously denied the claims after @nalie0224 urged her to “enlighten” followers about the alleged breakup between Padilla and Bernardo, as shown on Estrada’s Instagram page on Oct. 27.

“Tia Karla, kindly inform us that Kathniel has not broken up or that there is a problem,” the fan requested. (Please inform us, Ms. Karla, that the stories of Kathniel’s breakup or relationship troubles are false.)

“Walang katotohanan!” Estrada replied in all capital letters. (It is false!)

Bernardo and Padilla traveled to Thailand last May to commemorate their tenth wedding anniversary. In September, the pair also celebrated the 11th anniversary of their fandom Kathniel.