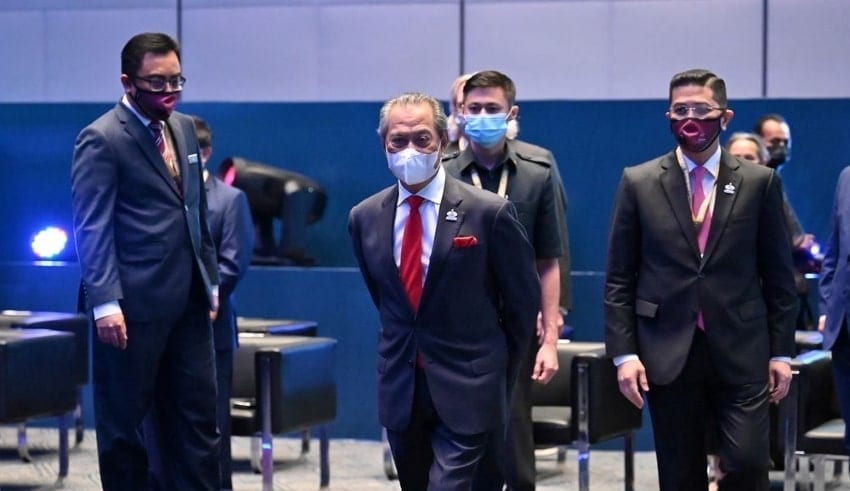 Malaysian lawmakers are expected to determine the fate of the country's largest-ever budget bill as soon as Thursday in what is likely to be a close vote that could overthrow the teetering government of Prime Minister Muhyiddin Yassin and prompt snap elections.
(C) bloomberg

KUALA LUMPUR – Malaysian lawmakers are expected to determine the fate of the country’s largest-ever budget bill as soon as Thursday in what is likely to be a close vote that could overthrow the teetering government of Prime Minister Muhyiddin Yassin and prompt snap elections.

Since then with only 113 members in the 222-seat lower house of parliament, Muhyiddin’s governing coalition has survived by the slimmest of margins. It secured a vote in July to oust the speaker of the house by a mere 111 votes to 1099 votes..

First round of voting passed.

Did opposition MPs get what they wanted in the amended #Belanjawan2021? Who stood and who didn’t? https://t.co/mhuQAKh7eZ

It looks brittle to the alliance. The United Malays National Organization, the largest faction in the pact, has been grumbling about having to take a back seat to the smaller party of Muhyiddin, Bersatu, and a few of its heavyweights have wavered in their support of the 2021 budget. From the beginning, the opposition has often heckled the government of Muhyiddin as losing widespread support for having sidestepped the ballot box.

The vote on the budget is basically a measure of the legitimacy of the government, and it is an indicator of whether the government has a parliamentary majority or not, said Adib Zalkapli, director of the consultancy firm Bower Group Asia.

Under the so-called Westminster parliament model borrowed from Britain by the Malaysian government, the budget vote also amounts to a de facto vote of confidence,” said Zalkapli.

The constitution of Malaysia does not state that a government or prime minister who loses a vote on a budget has to step down. “But if it loses, Westminster practice holds that either the government of the day and particularly the prime minister, will have to resign or he would have to urge the kind of parliament to dissolve,” said Oh Ei Sun, a senior fellow at Malaysia’s Singapore Institute of International Affairs.