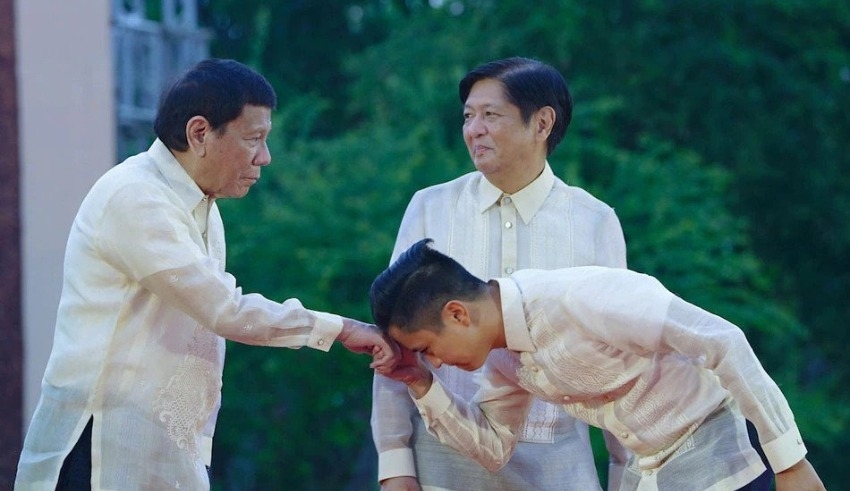 Previous statements made by Marcos have suggested that he will not assist with the International Criminal Court as he was a supporter of Duterte's drug campaign.
(c) ABS-CBN News

President Ferdinand Marcos Jr. stated on Monday (August 1) that there are no plans for the Philippines to rejoin the International Criminal Court (ICC), despite the fact that the prosecutor of the tribunal is seeking to resume an investigation into the former president’s murderous drug war.

After launching a preliminary investigation into his drug crackdown, which resulted in the deaths of many thousands of people, former Philippine President Rodrigo Duterte, who left office on June 30, 2019, withdrew the country from the International Criminal Court (ICC).

In September of 2017, judges from the International Criminal Court (ICC) gave their approval for a comprehensive inquiry into the anti-drug campaign after stating that it resembled an unlawful and methodical attack on people.

Two months later, after Manila announced that it was investigating into the alleged offenses itself, it decided to discontinue the investigation.

However, the prosecutor for the International Criminal Court, Karim Khan, stated in June that the request made by Manila to postpone the investigation was unwarranted and that it should begin again “as swiftly as feasible.”

Previous statements made by Marcos have suggested that he will not assist with the International Criminal Court (ICC). Marcos was a supporter of Duterte’s drug campaign.

On Monday, he even exceeded his previous accomplishments.

Marcos told reporters that the Philippines had no plans to rejoin the International Criminal Court (ICC).

With the assistance of a powerful alliance with Duterte’s daughter, Sara, who won the election for vice president, Marcos Jr. was elected president of the Philippines in May by a landslide. Marcos Sr. was the late dictator of the country.

During the time that he was president of the Philippines, Rodrigo Duterte refused to cooperate with the court on the grounds that it lacked the authority to hear the case. However, the Supreme Court of the Philippines ruled against him.

The government has investigated several hundred instances of drug operations that resulted in fatalities in response to criticism from the United Nations Human Rights Council and the International Criminal Court.

There have been a few situations where charges have been brought forward. Only three officers have been found guilty of murder in connection with the death of a narcotics suspect.

According to the presidential communications office, the International Criminal Court has sent an invitation to the Philippines “to give observations” on Khan’s plea to resume the investigation.

Marcos stated in his statement on Monday that the purpose of a recent meeting with his legal team, which includes Harry Roque, who served as Duterte’s former spokesperson, was to explore whether or not the administration would reply.

“What we are saying is that we already have an investigation here, and it is still going on; so, why do we need to have that?” During a break in an event meant to promote the administration of COVID-19 booster shots, Marcos made the statement.

Because we are not subject to them, it is also possible that we will not make any effort to respond to them at all.

The human rights organization known as iDefend declared that they would not be intimidated by Marcos’ decision and promised to “continue to fight for justice and responsibility.”

Even if the International Criminal Court (ICC) finds adequate evidence to file a case against Duterte, the rules of the court bar him from being convicted outside of the country.

The 77-year-old politician is still a powerful political force, and he has immense popularity among many people in the Philippines who supported his quick-fix remedies to crime.

Duterte, who openly admits to being a murderer, gave orders for law enforcement to use lethal force against suspected drug traffickers whenever their own lives were in danger.

He defended the crackdown by arguing that it had prevented the Philippines from becoming a “narco-politics state” and had spared families from harm.

According to data compiled by the government, at least 6,252 persons lost their lives during the six years that President Duterte was in office.

According to human rights organizations, Duterte has fostered an atmosphere of impunity, and it is estimated that tens of thousands of people have been murdered by police, hitmen, and vigilantes, even if there is no evidence that they were involved in the drug trade.