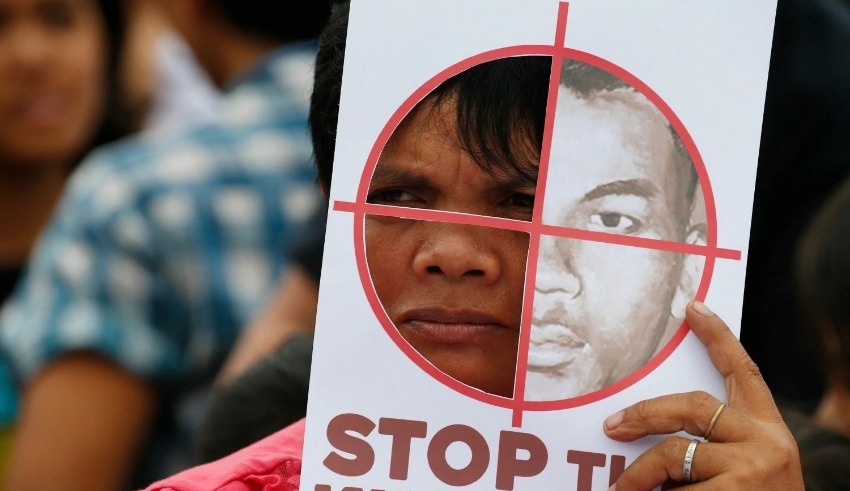 Khan stated on Friday that delaying the ICC investigation, as requested by Manila, was unwarranted and that the investigation should resume as soon as possible.
(c) World Politics Review

PHILIPPINES: Duterte stated on Saturday that he was “exasperated” with International Criminal Court Prosecutor Karim Khan and his intention to resume an inquest into the deaths during the government’s campaign on drugs.

Khan stated on Friday that delaying the ICC investigation, as requested by Manila, was unwarranted and that the investigation should resume as soon as possible.

Andanar said the Duterte administration has conducted “investigations of all deaths that have stemmed from authorized drug enforcement operations” and the ICC should allow the government’s attempts to run their course.

More than 10,000 accused drug traffickers have been killed since September, when International Criminal Court judges approved a probe into the campaign. Law enforcement officials have allegedly killed a large number of protesters, according to activists, with the president’s knowledge and approval. In November, Manila requested that the ICC discontinue the inquiry.

As of May 2022, the government’s official death toll from the drug campaign stands at 6,252.

He has backed the police and claimed that all those slain were drug dealers resisting arrest. Duterte’s six-year tenure ends on June 30. Publicly, he has stated that police might use lethal force in the event of an imminent threat, and that he would pardon any officers who were convicted.

Human rights advocate Maria Elena Vignoli said Khan’s proposal to reopen the inquiry into alleged crimes against humanity committed during the drug war is a “boost shot” for accountability.

While the relatives of the victims grieve in silence and the perpetrators escape punishment, Vignoli charged that the government had shown “no seriousness about justice for these atrocities.”