The Asian Affairs > Latest News > Opinion > OPINION: The Gap and Why It Shouldn’t Exist (Anymore) 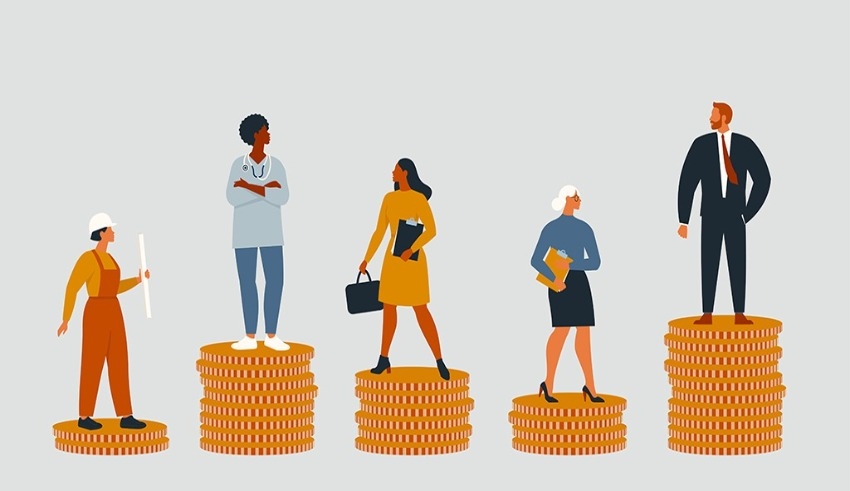 Rianne Motas tackles the persisting but subtle glass ceiling that encapsulates the Philippine job market, signaling that it is not a done deal just yet.
(c) Marc Angel

PHILIPPINES: What accounts for real progress?

Think of Louisa Alcott’s famous novel Little Women; it is no secret that it is a powerful anecdote that celebrated Feminism, but the book tackled real-world injustices as well. Amy March, one of the book’s protagonists, was questioned about her marriage view, and she replied with a matter-of-fact tone that she is “just” a woman.

As a woman back in the day, they didn’t have the luxury to work or even own their own money, so marriage—marrying the rich—was the only chance she could ever get to have a stable life. As the literature world had discerned the curtailment instilled in women, the rest of the world caught up eventually. The government soon recognized societal restrictions cast upon women, hence the establishment of laws such as The Equal Pay Act. Locally, Republic Act No. 9710, also known as “The Magna Carta of Women,” sought to affirm the role of women in society and nation-building, ensuring substantive equality of women and men. The act even promotes women’s empowerment and the pursuit of equal opportunities for men and women.

Maternity clauses in employment contracts exist in most corporations so that women with families are protected. We have come a long way from our past stigmas, but is it eliminated? Fast forward to our time, modern women are still fighting the same struggle with different adversaries wrapped in multilayered contracts, corporate stigmas, and sugar-coated negotiations.

Women can be as qualified as men, but they are not given the same opportunities and pay as they deserve. Despite the Philippines’ positive efforts to close gaps, not to mention the Philippines’s excellent reputation as a gender-equal country, the gender pay gap persists. Furthermore, the data collected from numerous studies showed that 6,971 skilled workers, on average, male employees earn P5,000 a month more than their female counterparts. Although there might be no imbalance regarding the educational opportunities in the country or when it comes to the availability of hiring for entry-level jobs for Filipino women and men, that is not the same story with senior management levels.

Women tend not to get promoted to senior management; however, their positions get permanently wired to making corporate executives or at least a board members—and it’s not enough. We need to eliminate these barriers that prevent women from entering leadership roles and build a system wherein they are encouraged to depart entry-level jobs as we know that women can be as capable as men. Unfortunately, the bottom line is that men earn enormous salaries as they get more work experience, unlike their female counterparts. The highlighted factor that influences these pay gaps is no other than society’s perception of women and family.

As women typically assume the role of a mother, it is seen as a disadvantage to most companies. Most women are expected to lay off work until their children hit the age where they can be left alone, consequently allowing the mother to return to their career ladder. Just because they are inclined to run a household does not mean they are incapable of running an organization. Despite the continuous efforts to eliminate gender inequality in the Philippines, there are still gender gaps in the country’s employment systems. Until they are entirely eradicated, these gaps undermine the country’s previous achievements and reputation as a gender-equal country.

The creation of the pay structure should be based on whether the skill set fits the bill. Employees are assets that contribute to the continuous growth of the business; disregarding their talents because of what-if gender-based scenarios is a complete loss, then it is a road for false mitigation. Finding the right mix is an ongoing process that should evolve as the organization’s goals do. It is evident that a bifurcation is instilled in our economy; people at the bottom of the scale will trade their jobs for a job that pays 20 pesos more.

Hence why most employers bump hourly rates, and employers of people with white-collar jobs focus on alternatives to cash compensation. Organizations also have to be competitive in their compensation system as it is a prominent factor that draws in employees. Salary structures and wages in the Philippines often rely on factors such as the nature of work, workplace location, job industry/sector, working hours, etc. Philippine laws grant fair compensation and benefits to every employee despite differences in factors aforementioned; however, we have to closely speculate its implementations considering the existence of gender pay gaps. The gap is simply explained by the fact that, while we have two promising individuals to choose between, women and men make different decisions, which shows a subtle but not-so-subtle case of discrimination.

The unending discussion spent on gender and racial wage gaps left most organizations wondering whether pay transparency would help achieve pay equality. This makes you think about the situation in a school setting; would the boys be graded higher than the girls? What’s in question here is not whether the grades should be broadcasted but how transparent the process in which the grades are determined should be.

We must stop ignoring the fact that there is a roster of fully equipped women in politics, business, and every sector of society in which these women fit leadership roles as well as men. When we start to empower every person as they are regardless of race or gender, we produce a workforce that will change the dynamics of our economy throughout. Ultimately, one of the most crucial things holding us back from economic growth is society’s view on gender roles.

Alcott used Little Women to sabotage society’s way of thinking using Jo March’s creativity, anger, and nonconformism, and we know that the era of innovation has come a long way. Still, it doesn’t mean we’ve entirely eliminated every underlying stigma that once held our societies in a tight grasp. So, what accounts for real progress? Is it the influx of success and prosperity that we bring to our countries, or are we grooming generations of people who aspire for absolute modernity?

The reality is that these problems won’t be eradicated in a swift movement. So, in turn, we just have to collectively acknowledge that these issues exist, and we just have to keep talking about their existence regardless of whether or not we are doing well. Ignorance, or even feigning ignorance, destroys the progress we’re all longing to achieve.