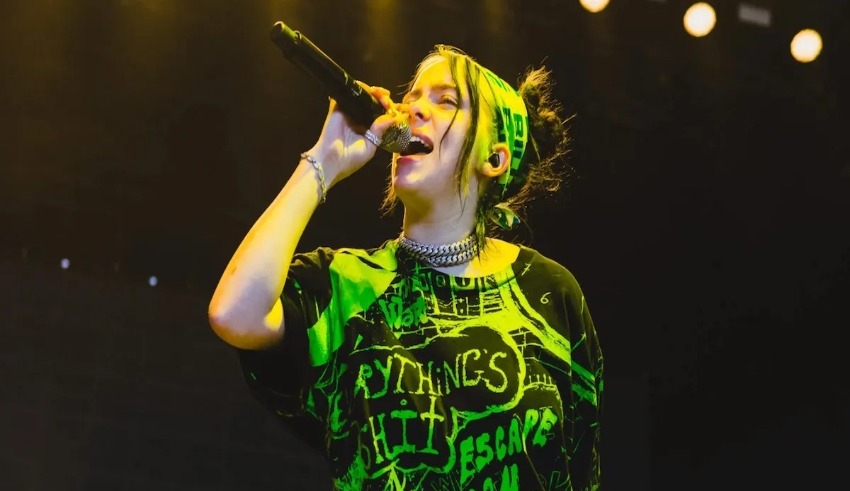 Billie Eilish, the young Grammy-winning singer is bound for August for her concert, Happier Than Ever - The World Tour, on August 21 as part of the Asian leg.
(c) Consequence of Sound

SINGAPORE: Billie Eilish, the Grammy-winning artist’s Happier Than Ever, The World Tour, will take her to Singapore National Stadium on August 21 as part of the Asian leg.

In a tweet, the 20-year-old announced that she would perform in six Asian cities, beginning on August 13 in Manila and concluding on August 26 in Tokyo. Signing up for Eilish’s email list will give you early access to ticket sales for her next tour.

In order to purchase tickets, you will need to go to Live Nation. Standard tickets will go on sale on June 28 after an initial round of pre-sales on June 24, 25, and 27.

The tickets will cost between S$130 and S$310, excluding booking costs, although a seating arrangement has not yet been released.

Fans can expect a combination of current songs from her upcoming 2021 album Happier Than Ever and previous classics like Bad Guy, Bellyache, and You Should See Me in a Crown to be performed during her tour, which began in New Orleans in the United States in February.

When it comes to live performances, Eilish is noted for her haunting vocals layered over music created by her brother and fellow artist, Finneas O’Connell.

The COVID-19 epidemic forced the cancellation of the Asian leg of the 2020 World Tour, which would have taken the band from Seoul to Jakarta.

Eilish joins a growing list of artists that will be performing in Singapore this year. The Script, NCT 127, and Seventeen, as well as the likes of Swedish House Mafia, Green Day, and Marshmello, will play at the Singapore Formula 1 Grand Prix.