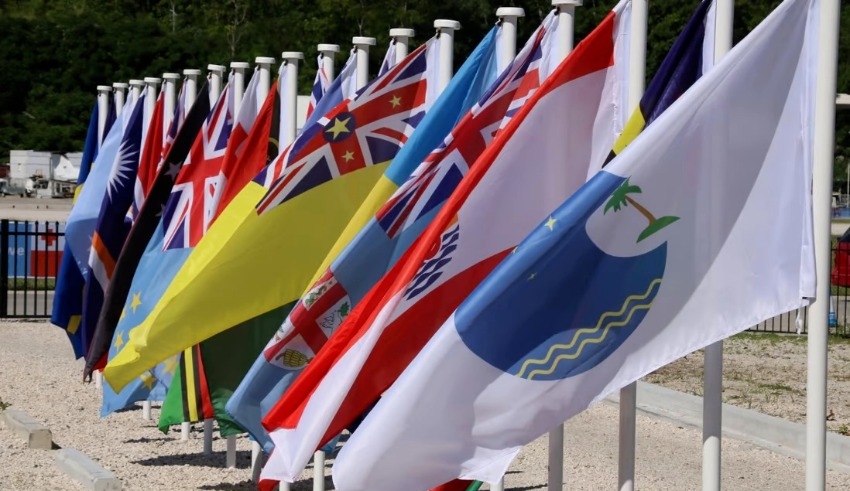 Pacific Islanders are now in an influential position amidst the US-China dalliances. Climate change plays a serious role as a great threat to the region.
(c) South China Morning Post

PHILIPPINES: As the West and China continue to compete for their strategic pillars, the island states of the Pacific, from the massive Papua New Guinea to the smaller island nations, find themselves in a much more powerful position.

Since climate change is the greatest threat to the region, their negotiating prowess may provide them greater leverage to entice foreign funding.

China has grown its involvement in the Western pacific during the past 20 years. The great oceanic states of the area, such as Fiji, Tonga, Samoa, Vanuatu, and more lately Kiribati and the Solomon Islands, have given it considerable influence and support.

The infrastructure projects and concessional loans China has offered to Pacific Island nations have been well received, frequently on more favorable terms than those historically offered by other nations. Beijing typically does not link its aid to economic and governance reforms, in contrast to the US and Australia, as well as international organizations like the World Bank and the Asian Development Bank.

The tables are turning after decades of being seen as a global outpost where aid has been shaped by the objectives of donors. The region will benefit from this renewed attention. Australia and New Zealand have both lately modified how they approach the area.

Pacific Islanders have more negotiating power with the US

The recently elected Australian government has promised to expand its contribution, which is already the largest in the area. India and Japan have additionally stated that they will step up their involvement in the area. The US is also reevaluating its stance.

Some Pacific nations, including Palau, the Marshall Islands, and the Federated States of Micronesia, are attempting to renegotiate their free association compacts, which place all of their defense and external security obligations on the United States while also providing financial support for development.

The political climate and the US’s increasing interest in this important strategic region give the islands more leverage to negotiate better terms.

The designation of a special presidential adviser for compact discussions was prompted by worries that talks had stopped at the beginning of 2022. So now, if the islanders determine that the US offer isn’t compelling enough, there are others who could step in, including China.

Similar judgements apply to the Cook Islands and Niue, two Pacific Island nations that have a long history of strong ties to New Zealand.

The island nations have already been urging international action for decades as countries at the forefront of climate change but with the least involvement in its causes.

The island states collaborated on the Paris Accord and in influencing discussion at COP26 on the global scale. They have also voiced displeasure in the verdict, particularly the absence of financial recompense for climate change damages.

Vanuatu, a nation in the Pacific, will now seek the UN General Assembly to refer the issue of governments’ obligations to safeguard people from the harmful impacts of climate change to the International Court of Justice for guidance.

If successful, it is hoped that this viewpoint will influence a more forceful, constructive reaction from the international community to aid vulnerable, developing countries.

It appears doubtful that the region’s current geostrategic importance will decrease anytime soon. The Pacific region may be able to take full advantage of this and exercise greater influence to persuade the globe to act more quickly on climate change, which they perceive to be the world’s greatest security danger.