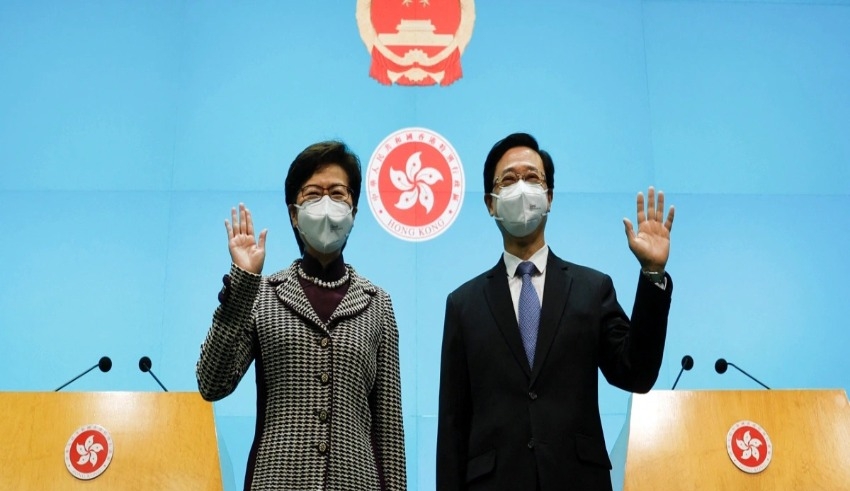 News broke that earlier today that on July 1, John Lee, Hong Kong's former deputy leader, will be sworn in to replace Carrie Lam as the Chief Executive.
(c) BOL News

HONG KONG: On Sunday, China presented new senior officials in Hong Kong under incoming leader John Lee, who promised to push the global financial hub to new heights while dismissing worries about US sanctions against him.

Finance Secretary Paul Chan, who is not subject to US sanctions, will keep his job in the Chinese-ruled region, providing comfort to the banking industry, which had been watching the nomination intently.

Paul Lam will replace Teresa Cheng as Hong Kong’s new justice secretary, while Eric Chan will become the territory’s new chief secretary, or No. 2 official, according to the official news agency Xinhua and the territory’s administration.

Lee, a former deputy leader of Hong Kong, will take over as Chief Executive Carrie Lam’s successor on July 1, a day after her five-year tenure ends.

Lam presided over one of the territory’s most turbulent times, which included pro-democracy protests, a new national security law, and the fight against the coronavirus.

The next five years will be critical for Hong Kong’s transition from stability to prosperity, Lee said during a press conference.

He added that they shall be proactive in gaining the public’s trust.