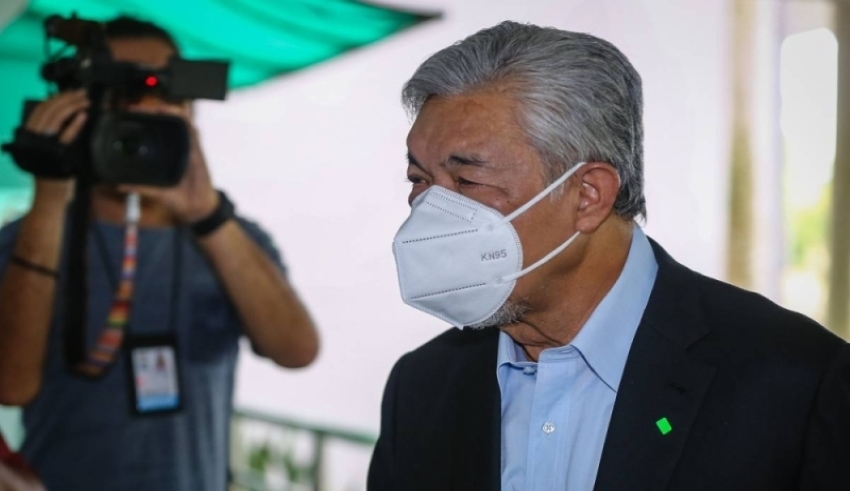 Lee was questioned whether “KJ” in the ledger referred to current health minister Khairy Jamaluddin.

Zaidi questioned Lee whether he knew UKSB director Wan Quoris Shah Wan Abdul Ghani is a close Khairy colleague and the two had worked together before.

Lee claimed in his witness statement that he hired Wan Quoris as UKSB director because he required Umno ties to communicate with then-home minister Ahmad Zahid.

Zaidi questioned Lee whether he knew the cash withdrawals noted in the ledger were delivered to Khairy by Wan Quoris. Lee responded he wouldn’t have known.

Lee also confirmed UKSB’s source of revenue in court: earnings from its Hong Kong subcontractor hired to execute the VLN.

Lee told Zaidi that the money used to pay the ledger’s namesakes came from Hong Kong.

He also confirmed that the payments in the ledger didn’t go into UKSB bank accounts.

According to case facts, UKSB had engaged into multiple agreements with the Malaysian government and Home Ministry for visa facilitation services by establishing One Stop Centres (OSC) in the People’s Republic of China from 2012 on.

Ahmad Zahid faces 33 charges of receiving bribes totaling S$13.56 million (RM42 million) from UKSB as a civil servant and the then home minister to extend the contract of the company as the operator of the OSCs in China and the VLN system and to maintain the agreement to supply VLN integrated system paraphernalia to the same company by the Home Ministry.

Ahmad Zahid was accused with seven charges of obtaining payment from the same firm while serving as home minister.

The trial resumes May 30 before Judge Mohd Yazid Mustafa.