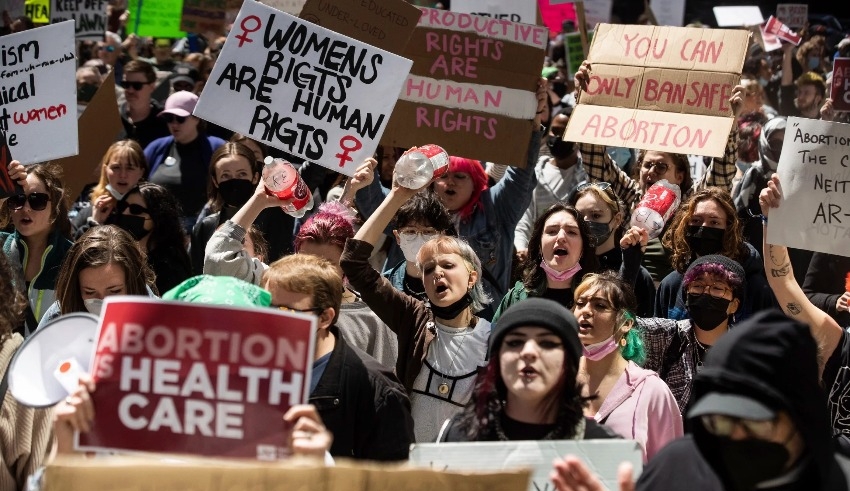 MEXICO: A single mother living in California was unable to afford the exorbitant medical fees and pressure to reconsider her decision to terminate her pregnancy, so she turned to Mexican activists for help.

Shortly before the US Supreme Court abolished the countrywide access to the procedure, the 31-year-old stated, “We’re supposed to be in a free society, in a state where you can consume marijuana, but abortion is still something taboo.”

Even though California, Oregon, and Washington state liberals have sworn to safeguard abortion rights, the woman, who is of Mexican ancestry, fears that it will become increasingly difficult to end a pregnancy.

After the Supreme Court overturned the right to an abortion across the country on Friday, nearly half of the states are poised to outlaw the procedure in some manner.

Before the Supreme Court’s decision, it was already “difficult if you don’t have money” to get an abortion in the United States, according to a mother of three in San Diego.

It cost about $1000 at both clinics in the United States that she initially visited, and she had no way of paying that much.

She was discouraged from getting an abortion at one of the clinics because of its religious affiliations with the clinic staff.

The woman found about Colectiva Bloodys, a non-governmental organization in Tijuana, just south of San Diego, that is part of a cross-border network giving free support to women in the United States who cannot access an abortion.

However, she said that she was startled that she found help in Mexico, thinking that America was more liberal.

The World Health Organization (WHO) has approved a way of ending a pregnancy by inducing the uterus to contract, which is safe for up to 12 weeks of pregnancy.

The NGO was fast to reply to any follow-up queries and “always supportive,” she said.

This US dating specialist urges couples to sign a relationship contract

For the past several years, Crystal Perez Lira, a member of the Colectiva Bloodys, has been sending these treatments to conservative-leaning areas including Oklahoma, Texas and Georgia.

Women in the U.S. had already expressed an interest in the cross-border network, which was formed in January in the face of restrictive abortion laws.

Abortion is now de facto legal in Mexico notwithstanding the US Supreme Court’s verdict, which deemed the country’s abortion regulations unconstitutional.

Authorities in Mexico City, where abortion was decriminalized in 2007 and is now available to all women regardless of where they live, have committed to assist women in the United States following the court’s decision to uphold the policy.

As many as one in 10 of the city’s 247,000 abortions over the past 15 years has been performed on immigrants traveling to the United States, she said.

Abortion is no longer illegal in eight additional Mexican states, including Mexico City.