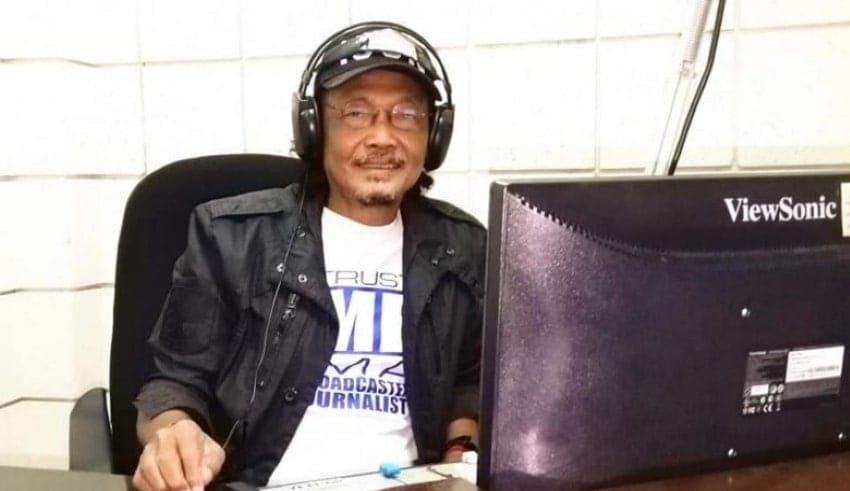 Virgilio Maganes, 62, a radio DJ commentator for DWPR radio station located north of the province of Pangasinan, died instantly after he was shot six times by motorcycle-riding gunmen.
(C) straitstimes

Police forces  has confirmed that a popular Filipino journalist who once survived a previous attempt on his life by pretending to be dead has been killed outside his home.

Virgilio Maganes, 62, a radio DJ commentator for DWPR radio station located north of the province of Pangasinan, died instantly after he was shot six times by motorcycle-riding gunmen

Major Christian Alucod told AFP. Virgilio Maganes shot outside his home in what NUJP says is 18th such killing under the current administration of Duterte.

The National Union of Journalists of the Philippines (NUJP) condemned the murder, which it said was the 18th such killing since Rodrigo Duterte became president in 2016.

“His death is an indictment on this government’s empty boast that press freedom is alive and well in the country,” the union said.

Police said the motive for the killing was not clear. The Presidential Task Force on Media Security (PTFoMS) denounced the killing of Virgilio Maganes, a radio announcer who was shot dead on Tuesday morning in Villasis, Pangasinan.

The NUJP said Maganes had survived a 2016 shooting by “playing dead” after being hit. A note left at the scene during the first attempt on his life said: “I’m a drug pusher, don’t emulate me.”

Such messages were common in extrajudicial killings during the height of the government’s campaign against illegal drugs that has resulted in thousands of deaths.

Initial investigation showed that Maganes, who was a commentator for radio station dwPR, was about to enter his residential compound at 6:45 a.m. when two unidentified suspects on board a motorcycle fired six shots at him.

The gunmen were able to escape, police said.