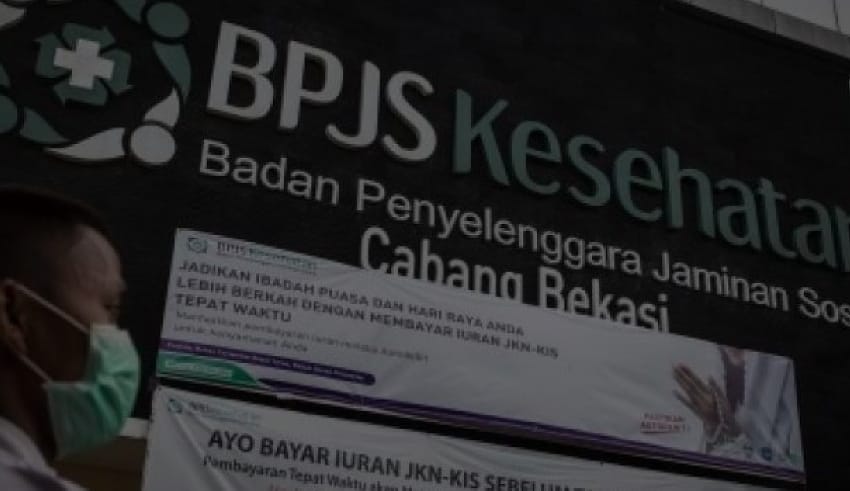 The Social Security Organizing Agency (BPJS) Healthcare again reminded about the provisions of fines for participant arrears who will reactivate their membership. The payment of the fine must be made by the participant or employer 45 days after the membership is active again.

BPJS Healthcare participants will be temporarily revoked if membership is in arrears. This is in accordance with Presidential Regulation (Perpres) No. 64 of 2020 concerning the Second Amendment to Perpres Number 82 of 2018 concerning Health Insurance.

Head of BPJS Healthcare Public Relations, Iqbal Anas Ma’ruf said, the fine was 5 percent of the estimated cost based on initial diagnoses and procedures for each arrears month.

While for 2020, the fine paid is still 2.5 percent of the estimated cost of the Indonesian Case-Based Groups package with the stipulation that the maximum number of months is 12 months and the maximum fine is Rp 30 million.

“So that people are educated to pay regular fees. If they don’t pay, the mutual cooperation doesn’t work,” Iqbal said as quoted by CNNIndonesia.com, Wednesday, May 20.

“Provisions for payment of fees and fines are excluded for PBI participants (beneficiary aid recipients) of health insurance and PBPU participants (non-wage workers) and BP (non-workers) whose contributions are all paid by local governments,” explained paragraph 8 of article 42 of the Perpres.

Regarding this socialization including about increasing BPJS Health contributions, Iqbal stressed that he would conduct massive socialization and simultaneously use all information channels to the public.

In addition to the arrears fines, the participant class of the National Health Insurance Program (JKN) BPJS were planned to be abolished. Later, class 1, 2, and 3 system for independent participants will be deleted and merged into only one class called the single class or JKN standard class.

The abolition policy for this class has been approved at a ministerial-level meeting and follows Presidential Regulation (Perpres) Number 64 of 2020 Article 54 A and 54.

The JKN standard class is to eliminate the division of independent participant classes that have been in force. The purpose is that later each BPJS Healthcare participant can benefit the same health services and is no longer differentiated based on the economic capability of the participant.

“What is meant by single classes is that there are no more class participants in classes 1, 2, and 3. So there is only JKN class. Medically and non-medical benefits will be the same, there are no differences between participants,” said the Member of the National Social Security Board (DJSN) Muttaqien as quoted from detikcom, Wednesday (5/20/2020).

If there are participants who want to get higher health services, then participants can take additional health insurance.

It is planned that the removal of the participant cards will be carried out in stages starting from 2021-2022 while waiting for the readiness of the hospital. After that, only then can a single class be fully implemented in 2024.

Meanwhile, Indonesia Corruption Watch (ICW) assesses that the BPJS Health problem is not due to inadequate contributions, but due to problems of fraud or fraud in its management.

“Resolve the internal problems of BPJS as the manager of JKN. ICW focuses on fraud,” she continued.

Based on ICW research and findings in 2017, there were 49 alleged frauds that occurred at the First Level Health Facility (FKTP) and Advanced Health Facility (FKTL). She said the fraud was committed both by JKN participants, supporters, and the BPJS.

“It could say this sample represents, this is calculated from Sabang to Merauke, fraud is easy to occur at levels both FKTP and FKTL participants,” she added.

She also asked the Government to revive the BPJS Health internal supervisory unit.

A representative of the Prakarsa association, Eka Afrina, stated several BPJS Health deficit factors including the burden of health services that exceeds the source of income.

In addition, the lack of transparency of data reports when compared with BPJS Employment, and Advanced Health Facilities (FKTL) which is not improved in each hospital.