The Asian Affairs > Latest News > Geo Politics > In the midst of Fear, PM Urges the Nation to Return to Normality 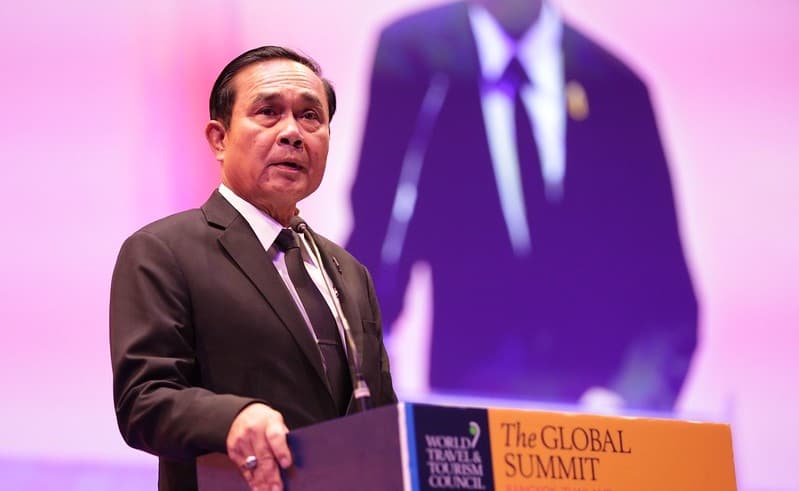 Prime Minister Prayut Chan-o-cha called on Rayong residents to resume their normal lives while Deputy Minister of Public Health Sathit Pitutecha stated that no local infections had occurred in the province after an infected Egyptian soldier lived there without quarantine. Wednesday’s premier flew by helicopter to Rayong from Bangkok to conduct studies of disease and Covid-19 assessments for the general public.

The prime minister apologised to the Rayong people and told them that this kind of incident “wouldn’t happen again,” referring to the contaminated soldier who wasn’t in quarantine while in the province. He called on people to remain confident in the public health system and doctors, claiming that VIPs would no longer go astray and that the virus had to be tested by everyone.

Gen Prayut said he would take responsibility for the incident and encouraged both sides to view the case at Rayong as a lesson. The Premier called on the media to stop running news stories that stir up national hysteria, and proposed that they concentrate on covering the country’s lack of new local transmissions.

Meanwhile, on Wednesday, business people and members of the general public in Rayong went to Government House to send a petition to the prime minister, demanding the cancelation of 14-day quarantine exemptions for international tourists. One leader, Thatchaya Chuangsanthat, said the Rayong people have always cooperated with the preventive steps taken by the government against Covid-19, but now they face discrimination. They started to get back on track after relaxed shutdown measures by the government and no group infection was identified for more than 100 days.

Ms Thatchaya added that she intended to go to Bangkok ‘s Egyptian embassy to seek answers from them. The Rayong Chamber of Commerce is also calling for government apology and measures to save the tourism industry, after the fears of catching coronavirus have caused mass hotel cancellations.

Noppadol Tangsongcharoen, Chairman of the Provincial Trade Authority, said Wednesday local operators wanted steps to support their companies, not just an apology from the government.