The Asian Affairs > Latest News > Indonesia > Indonesia Strikes: A Mass Wedding in the Midst of Pandemic is Definitely Illicit 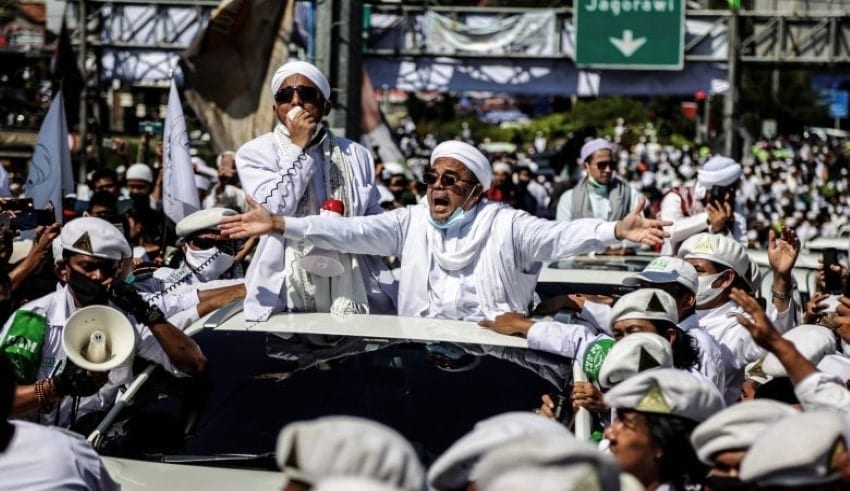 In the midst of stringent social distancing laws, the Indonesian government has come under criticism for allowing a large wedding party to take place over the weekend, where such parties in the capital – a coronavirus red zone – should have been avoided in the first place.

The marriage includes the daughter of Mr. Rizieq Shihab, the notorious chief of the Islamic Defenders Front (FPI) vigilante party. After the incident to place a 50 million rupiah (S$4,800) fine on the family, the Jakarta government’s decision was met with harsh criticism from epidemiologists, who said such an incident could not recur during a pandemic.

Monetary fines are inadequate. Next time, these congregations should be stopped by the state before a crowd is formed and officials should disperse them.

Dr Pandu Riono, another epidemiologist, said the public meeting of Mr. Rizieq boiled down to the incompetence of the national government in not expecting such mass protests that have always been linked with the notorious leader in the past.

On Saturday night, thousands of Mr. Rizieq’s guests and supporters came to his home in Central Jakarta’s Petamburan district. Mr Rizieq returned home from almost three years of self-exile in Saudi Arabia last Tuesday in order to escape a legal issue in Indonesia. The case has been abandoned by the government since then. According to FPI, his daughter’s wedding was arranged jointly with a party commemorating the birthday of Prophet Muhammad. Morever, In Jakarta and other cities, Mr. Rizieq, who was convicted three years ago of sending lewd chat messages and mocking Indonesia’s state ideology, Pancasila, has thousands of supporters. The members of the FPI are very articulate and quickly motivated to demonstrate on the streets.