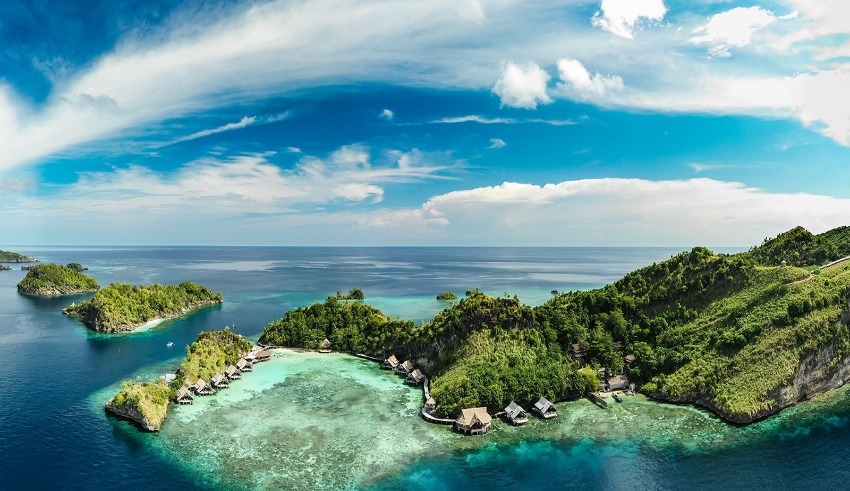 This was a project that was designed to create a network of Marine Protected Areas with the assistance of international conservationists and local authorities.
(c) CNN

More than three decades ago, Dutchman and history enthusiast Max Ammer received a tip about sunken airplanes from World War II that were located in the waters of Indonesia from his landlord at the time, who was a war veteran.

Following the lead provided by the tip, he went on a diving trip that lasted for almost four months and took him across a variety of archipelagos. Along the route, he consulted with local fisherman.

During his travels, one location in particular stood out from the rest: Raja Ampat, which is located in the West Papua Province of Indonesia.

The Raja Ampat Marine Protected Area Network is comprised of over 1,500 islands and covers a total area of over 4 million hectares. It is situated in the center of the Coral Triangle.

It should come as no surprise that Raja Ampat is frequently touted as “the last paradise on Earth,” considering that it is credited with having the richest marine biodiversity on Earth and that its relatively distant position has helped it to avoid being overrun by mass tourism. It is home to more than 1,600 different kinds of fish, and it contains around 75% of the coral species that are known to exist in the planet.

In 1994, he established the Kri Eco Dive Resort with the intention of teaching local divers and introducing people to the “unspoiled aquatic environment.” His affection for the region’s natural splendor as well as the people who live there served as the impetus for this endeavor. After that, Ammer opened a resort in the nearby Sorido Bay, and today the two establishments are both managed by his Papua Diving firm.

It wasn’t always like this, but Raja Ampat is a conservation success story that demonstrates how significant change is achievable with the correct approach.

Meizani Irmadhiany, senior vice president and executive chair of Konservasi Indonesia, told CNN Travel that approximately twenty years ago, Raja Ampat was in decline as a result of unregulated commercial fishing and practices that were not sustainable. She cited shark finning and turtle poaching as examples of these practices.

To “turn this around,” a number of things needed to happen in conjunction with a variety of different parties.

In 2004, Raja Ampat became a part of West Papua’s Bird’s Head Seascape initiative. This was a project that was designed to create a network of Marine Protected Areas with the assistance of international conservationists and local authorities. Raja Ampat was one of the first areas to be included in the initiative. It works toward the goal of preserving marine resources while also ensuring food security and providing residents with sustained economic benefits.

According to Irmadhiany, “Since the beginning of the effort, fish populations have restored; poaching by foreign fishers has decreased by around 90 percent; coral is rebuilding; and long-term food and livelihood security for local families has improved.”

The success of the conservation effort can be attributed in large part to the successful recruitment of active participation from the local populations.

“You have to begin with the communities and make certain that your solutions are tailored to meet their requirements. The objective is to bolster their self-determined commitments to safeguard their environment in order to ensure that the proposed solution is both long-term and beneficial to the community as well as the local biodiversity,” says Irmadhiany.

The results of their labor are improving. The Blue Parks Award was given out earlier this year to the Raja Ampat Marine Parks Network. This network consists of 10 different protected areas that combine for a total land area of over two million hectares.

The yearly award, which is presented by Marine Conservation International and is supported by the United Nations, acknowledges marine parks from across the world that have achieved the highest possible science-based standards for the success of their conservation efforts.