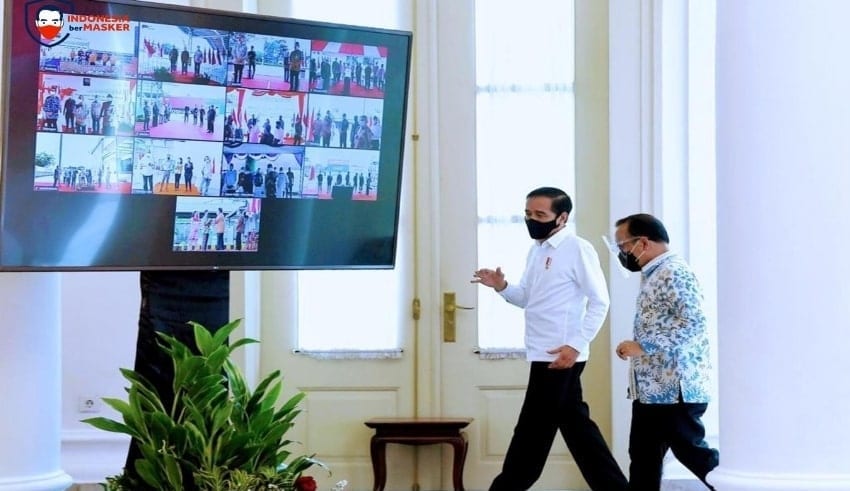 President Joko Widodo is encouraged despite the country not having enough natural resources.
(C) jokowi / Twitter

President Joko Widodo is encouraged despite the country not having enough natural resources, Indonesia’s export market has its ability to stay at it’s potential to remain in being optimally explored by the other countries around the world.

Previously, The President is convinced that there are variety of initiatives, including those undertaken by the state-owned bank PT Bank Rakyat Indonesia that can actually improve exports of products from SMEs. This is the reason why they worked hard to produce strategies on how to make it better.

In view of this, The activities during the event included the SME coaching clinic, packaging preparation, the UMKM Prize, the barista competition and business matching between SMEs and potential buyers. With these, they were able to strengthen the plan and preparation for the coming months.

Along with this, the President cited another field which is the production of coffee as an example highlighting that Indonesia is the eighth largest exporter of coffee in the world, even though it is the fourth largest producer of coffee in terms of production, after Brazil, Vietnam and Colombia. For him, it’s already a progress to look forward. In contrast, the Indonesian coffee exports lagged behind Vietnam’s, which reached US$2.22 billion in 2019 while Indonesia’s coffee exports were recorded at US$883.12 million.

Nonetheless, Indonesia is ranked 22nd in global exports in the garment industry, despite the fact that the country is the eighth largest producer of garments in the world which he pointed out.

Next, There’s a similarity than can be observed with the wood industry. It’s because Indonesia is the biggest producer of light-wood in the world that’s why it ranks 21st in exports of furniture. Meanwhile, considering its status as the second largest producer of marine products, Indonesia is ranked 13th in terms of fish exports.

Tension will always be there in facing the difficulties of industry but the President urged all stakeholders to neglect pessimism during these times. For them there is no other way but to make changes and initiate major reforms to create a business environment for the exporters. It’s to make improvements, and usher major reforms to create a business ecosystem for their exporters which is beneficial at the same time.

Morever, He reiterated that with its large variety of goods, services as well as high innovation and quality, volume capacity and market share of export destination countries, Indonesia has abundant export potential. Even the Head of State warned that such a situation does not discourage SME entrepreneurs as the government has continued to make the intense effort to stimulate and strengthen exports.