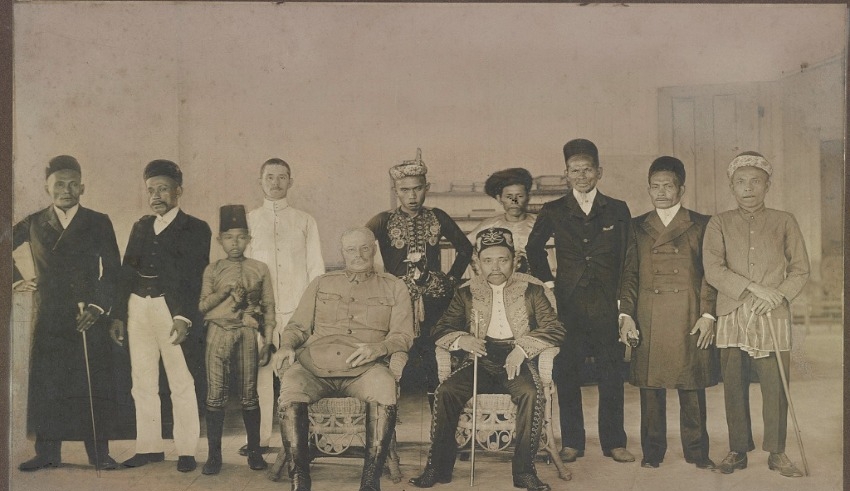 The descendants of the last sultan of Sulu, Philippines are looking to enforce a US$15 billion arbitration judgement in a dispute over a colonial-era land sale.
(c) Esquire Philippines

The descendants of the last sultan of the isolated Philippine territory of Sulu are looking to enforce a US$15 billion arbitration judgement in a dispute over a colonial-era land sale. As a result, Malaysia is trying to secure its assets in the face of this threat.

In 1878, two European colonists struck a pact with the sultan for the use of his territory in what is now Malaysia. This agreement was honored by independent Malaysia until 2013, with the country paying the monarch’s descendants approximately $1,000 per year in compensation.

Now, 144 years after the original agreement was made, Malaysia is responsible for paying the second largest arbitration award in history because it stopped the payments following a bloody incursion by supporters of Sultan Mohammed Jamalul Alam’s heirs that resulted in the deaths of more than 50 people.

“It is an interesting and unusual case,” said attorney Paul Cohen, a lead co-counsel for the sultan’s heirs from the British law firm 4-5 Gray’s Inn Square. Cohen is part of the legal team representing the successors of the sultan.

After a number of years during which the claims were mostly disregarded by Malaysia, a seizure notice was placed on two Luxembourg-based companies of the state energy corporation Petronas in July in order to enforce the award that the heirs received in February of this year.

According to interviews with key figures in the case and legal documents seen by Reuters, the ruling from the arbitration in France came after an eight-year legal effort on the part of the heirs and the acquisition of twenty million United States dollars in funding for them from investors who wished to remain anonymous.

Despite being warned that it would be risky to ignore the procedure, Malaysia did not participate in or recognize the arbitration. This allowed the heirs to submit their case without receiving a response.

The claims are Filipino citizens living middle-class lives, which is a long cry from their royal ancestors who formerly ruled the Sulu sultanate, which once encompassed rainforest-covered islands in the southern Philippines and parts of Borneo island. Among the claimants are pensioners.

The heirs contend that the transaction that took place in the 19th century was a commercial lease; therefore, they decided to pursue resolution through arbitration. In addition to this, they demanded payment for the large energy reserves that were subsequently found in the region that they had previously ceded in the state of Sabah in Malaysia, which is located on Borneo.

That assertion is contested by Malaysia, which contends that the sultanate gave up its sovereignty and that the arbitration was invalid.

Uria Menendez, a Spanish law firm representing Malaysia, told Reuters that “the arbitration is a sophisticated illusion, camouflaged as a legal process.” Uria Menendez is a representative of Malaysia.

Despite the fact that Malaysia has been granted a stay in France until the outcome of an appeal, which is a procedure that may take years, the judgement is still worldwide enforceable in accordance with a UN agreement on arbitration.

In 2013, supporters of the late Jamalul Kiram III, who claimed to be the real sultan of Sulu, attempted to retake Sabah from Malaysia. Prior to 2013, Malaysia had honored the contract that had been made during the colonial era.

The fighting, which lasted for close to a month and a half, began when approximately 200 supporters arrived on boats from the Philippines.

Kiram, who asserted that he was the “poorest sultan in the world,” was not included on the list of court-recognized successors who were compensated by Malaysia.

The eight claimants in the arbitration who got the annual payment have expressed their disapproval of the attack. These claimants include Kiram’s daughter and his cousins.

Najib Razak, who was the Prime Minister of Malaysia at the time, informed Reuters that he had halted the payments because of the outrage that the Malaysian people felt over the incursion. This was the first time that the reason had been acknowledged publicly.

The claimants, through their attorneys, expressed their refusal to participate in an interview.

Cohen, the attorney for the heirs, was initially made aware of their claims by an oil and gas expert whom he had cross-examined in 2014 in connection with a different lawsuit.

Cohen, who was aware that his company did not possess the necessary financial resources, collaborated in 2016 with Therium, a company based in the United Kingdom that has previously funded legal actions by soliciting financial support from institutional investors, one of which was a sovereign wealth fund.

According to Elisabeth Mason, a lead co-counsel for the claimants with 4-5 Gray’s Inn Square, Therium carried out nine rounds of funding for the case, during which time third-party investors continually evaluated the case’s merits. Mason was quoted as saying that.

She stated that the litigation has cost more than US$20 million, which includes the fees for attorneys and researchers in eight different jurisdictions.

She stated that “investors do not invest lightly in such situations,” and I agree with her sentiment.

Therium stated that it would maintain its support of the ongoing attempts to uphold the prize. It declined to provide information.

According to the award announcement, the heirs gave notice in 2017 in Spain of their desire to begin the arbitration process, and their original demand for compensation was for $32.2 billion US.

The first official answer from Malaysia occurred in 2019, when the country’s then-attorney general, Tommy Thomas, made an offer to resume the annual payments and pay 48,000 ringgit (US$10,800) in arrears and interest if the arbitration was canceled.

The offer made by Thomas was turned down by the heirs, and the arbitration proceeded without Malaysia’s participation.

In the judicial proceeding that took place in Spain a year ago, Malaysia was victorious in its challenge to the selection of Gonzalo Stampa as the single arbitrator.

However, Stampa stated in his award statement that the courts did not have jurisdiction over arbitration. He also relocated the case to France in order to give the award, which Malaysia considers to be unlawful activities on Stampa’s part.

As a result of a complaint lodged by Malaysia, Stampa is currently being investigated for criminal activity in Spain. He refused to comment on the matter to Reuters.

According to N Jansen Calamita, who is the head of Investment Law and Policy at the National University of Singapore, because Malaysia rejected the arbitration, the country is now limited to arguing the procedural validity of the process rather than presenting a case against the claims made by the heirs.
According to what he had to say, “It was a dangerous plan, and ultimately, I don’t think it has served them well.”