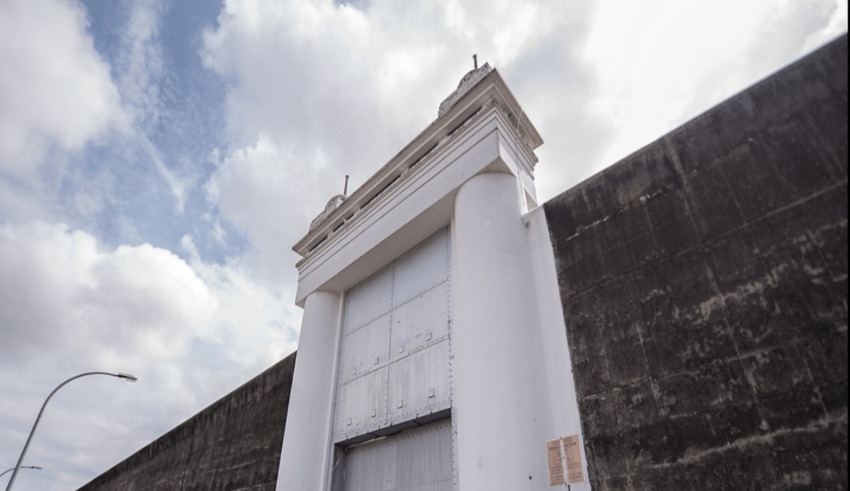 The claims asserted that SPS had purposefully obstructed the submission of a legal application in order to facilitate the execution of the detainee on Friday.
(c) Colors of India

The Singapore Prison Service (SPS) has dismissed the claims that were brought up by the sister of a prisoner who is now on death row.

The claims asserted that SPS had purposefully obstructed the submission of a legal application in order to facilitate the execution of the detainee, which is now set to take place on Friday (Aug 5).

SPS denied these allegations in a statement it released on Thursday, calling them “untrue.”

Norhafizah Shapiee, the sister of Abdul Rahim Shapiee, a 45-year-old man convicted in 2018 of possessing drugs for the purpose of trafficking, wrote a letter of complaint that was addressed to Chief Justice Sundaresh Menon. The letter was written by Norhafizah Shapiee. SPS disputed the events that were laid out in the letter.

When Abdul Rahim attempted to file a civil claim through the prison registry, Norhafizah wrote in the letter that he had been “denied access to the court.” There was no discussion regarding the basis of the claim.

She stated that on July 25 her brother and other inmates on death row had handed the appropriate documentation to the prison staff and requested that the claim be filed as quickly as possible. On the other hand, she stated that the authorities refused to assist and instead requested the prisoners for “application paperwork and e-litigation forms.”

The application was never submitted, and as a result, Abdul Rahim was served notice on July 29 that he would be executed on August 5.

According to his sister, who spoke on his behalf, “I worry that the jail was informed on July 25 of his impending execution… and that is why they blocked his application.”

On the other hand, the State Prison System (SPS) announced on Thursday that no inmate who was awaiting the death penalty had approached any of its staff on July 25 with a desire to file any kind of legal application.

According to statements made by SPS, two other inmates on death row requested guidance from an SPS officer on the filing of a civil claim on July 28.

According to the correctional agency, “because the counsel related legal actions to be filed in court, the SPS officer advised them that they should get guidance from the court on the exact documents required… as well as the fees involved.”

When it comes to the filing of non-routine applications, “this is the regular practice for inmates who are not helped by legal counsel,” the sentence reads.

According to SPS, some examples of routine applications that the staff is familiar with include those for court reviews and criminal proceedings.

Furthermore, one of the individuals on death row made a request for a letterform so that they might write to the court; nevertheless, the request was denied.

According to Norhafizah, the agency made the observation that its agents did not ask the inmates for any application form or e-litigation form. Norhafizah made this assertion.

According to SPS, the two inmates on death row did not disclose that their civil claim implicated Abdul Rahim or that it required immediate attention. They also did not mention that it was an emergency situation.

On August 1, a collection of documents was handed over to SPS, and they assisted in the process of filing them with the court on behalf of the individuals who are currently on death row.

According to the agency, SPS made arrangements with the family of the death row convict who was representing the claimants in the civil claim so that they could pay the application fee necessary to file the documents.

According to the statement that was released by the SPS, “An SPS officer was present at the Supreme Court to help with the submission of the application.” On the same day, in the afternoon of August 1, the application was successfully submitted.

On Wednesday, a judge at the High Court dismissed the complaint, stating that it was an abuse of process and that the claim was “plainly unsustainable and unmeritorious.” The judge made this decision in the interest of justice.

In addition, the court responded to Abdul Rahim’s plea for a stay of execution by stating that he would grant the request if the claimants filed an appeal against his judgment no later than Thursday morning.

At the Court of Appeal on Thursday afternoon, 2.30, there will be a hearing for an appeal that has been planned.