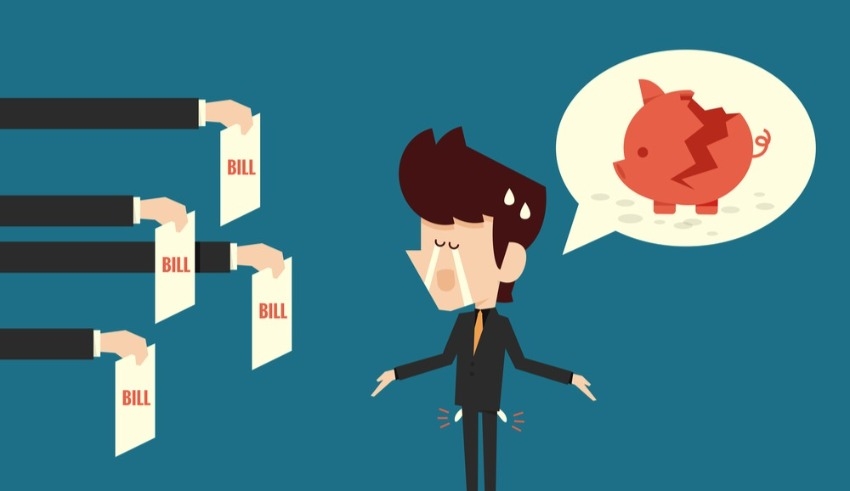 The purpose of the Debt Collection Bill is to give the police the tools they need to put an end to "problematic" debt collection methods by loan sharks.
(c) Mountain States Commercial Credit Management

According to the companies that spoke with CNA, a proposed law that would govern operations related to debt collecting would include measures like police screening and a licensing regime. This would assist to professionalize the industry and erase the stigma that is associated with it.

It helps clients feel more secure about their decision to work with a reputable and ethical agency and boosts their confidence in making that decision.

However, several debt collection companies have voiced their concerns regarding the potential impact that harsher rules could have on their ability to recruit and hire new employees.

“It is unreasonable to anticipate that a college graduate will find employment in this sector,” Remarked the director of Resolute Debt Recovery, who requested that only his first name, Alan, be used.

“The majority of those who work for us are now or formerly incarcerated… It is highly improbable that we will be able to obtain a license.”

The purpose of the Debt Collection Bill, which was presented to the House of Representatives on Monday (August 1), is to give the police the tools they need to put an end to “problematic” debt collection methods.

In a press release issued at the time, the Ministry of Home Affairs (MHA) stated that over the course of the previous few years, there had been a “high number” of police reports filed against debt collection companies and debt collectors for collecting debts in a manner that caused harm to consumers “to the general public, alarm and nuisance.”

“The collection of debts is an acceptable business practice that makes it easier for people to meet their financial responsibilities,” MHA stated that it would take a pragmatic approach to regulating such activities and added that it would make this statement.

Health Safety & The Poor: Setting the Full Priority for the New Normal

This announcement from MHA dispels the “widespread misunderstanding that debt recovery practices are prohibited,” according to Mr. Israel Shankar Ganesh, legal head for the debt collection agency JMS Rogers.

He went on to say that the public will be better protected by the proposed law, and that it will also educate people about the illegal practices that debt collectors are forbidden from engaging in.

According to Mr. Ganesh, “errant debt collection companies would be required to face sanctions… this will undoubtedly assist in screening out the ‘black sheep’.”

According to the proposed legislation, the police will have to give their stamp of approval to any individual who wants to work as a debt collector for a corporation that has been granted a license to do so. The police will conduct background checks on debt collectors, during which they will be evaluated to see whether or not they are “fit and suitable.”

For instance, the authorities will investigate to see if the individual has been convicted of any crimes that fall under a variety of statutes, such as the Organized Crime Act, the Vandalism Act, and the Protection from Harassment Act.

According to Mr. Ganesh, a screening of this nature will need additional work on the part of debt collecting companies.

“JMS Rogers has always taken great pride in its inclusivity values and already has plans for such testimonials to be produced should any of its present employees fail the screening process,” he continued. “JMS Rogers has long been an industry leader in its commitment to diversity and inclusion.”

Mr. Alan, who works with Resolute Debt Recovery, stated that the proposed rule will “throw a lot of us out of business” due to the fact that the majority of debt collectors are formerly incarcerated people.

“Unfortunately, both of my company’s directors have a checkered past, and as a result, we are going to have to shut down,” I said. It is unlikely that the relevant authorities will grant us permission to continue operating our business “In addition, he mentioned that his company has been operating in the sector for more than a decade now.

Tommy Yong, an employee at Accurate Debt Recovery, told CNA that the operations of his company would most certainly be impacted if the members of his crew were unable to pass their police screening.

“It’s not an easy task to find staff,” he remarked. “However, license and clearance from the police are far more vital in order to keep the public safe.”

Mr. Yong and other debt collection firms expressed their concerns that debtors would find “loopholes” or justifications to dodge payment under the proposed rule. For instance, debtors could declare their place of employment as their address rather than their residence address.

The bill proposes that debt collection firms cannot post or exhibit any notices relating to debts on a property that does not belong to the debtor, at the debtor’s place of employment, or in any public area. This provision would apply to all states.

Debt collectors are prohibited from displaying or using any physically threatening language or behavior, as well as any written or verbal threats.

However, some businesses have stated that they are unconcerned about the situation because they have always complied with a code of behavior that was developed by the Credit Collection Association of Singapore.

The association is the first professional organization in the industry to represent debt collection firms in Singapore. It is also responsible for monitoring the behavior of these organizations and providing training for their employees.

Ms. Sia, who works for Rocket Debt Collection, has stated that she takes measures to ensure that her company complies with the association’s requirements. For instance, she watches the body-cam footage that is recorded during the collectors’ daily visits.

According to Mr. Ganesh of JMS Rogers, “Having solid laws and regulations that will prescribe how exactly debt recovery should be carried out legally will undoubtedly legitimize the sector in the eyes of the public.”

Shawn Lee, the senior manager of the debt collection agency KX Unit, has high hopes that once the new law is passed, people would have a more favorable perception of debt collectors.
He stated, “We are not here to create difficulties,” in his opening statement. “The purpose of our visit is to resolve the issues.”