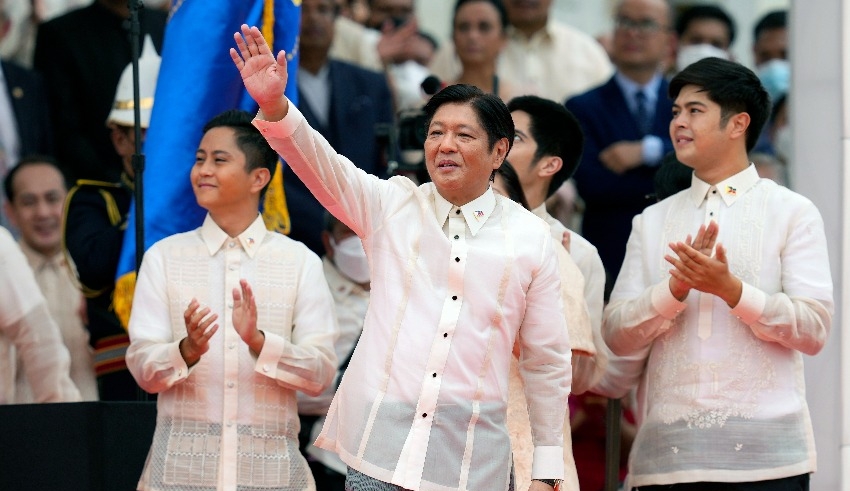 Marcos Jr. has a wide range of issues when he assumes office as the President; from growing inflation to balancing relations between the US and China.
(c) NBC News

PHILIPPINES: Marcos Jr. has a wide range of issues when he assumes office as president of the Philippines on Thursday (June 30). These range from growing inflation and the COVID-19 pandemic recovery to balancing relations between the United States and China, two competing superpowers.

However, despite the fact that the 64-year-old is only permitted to serve one term as president, he has so far appointed seasoned technocrats to run the economy, which has helped alleviate some market anxieties about his leadership and policy inexperience.

After bouncing back from the worst of the pandemic, Marcos Jr will inherit an economy that is on firm ground, but he will be under pressure to maintain this recovery while fighting rising inflation. His first priority will be to control it.

To ensure food safety and regulate food prices, Marcos Jr. has appointed himself agricultural minister, a promise he made during the campaign to reduce the price of the nation’s staple food, rice.

Inflationary pressures from rising food and fuel prices have pushed the Philippines to follow the worldwide trend of reducing policy stimulus. Felipe Medalla, the new head of the country’s central bank, has hinted at a gradual rise in interest rates in an effort to rein in inflation.

Weak infrastructure has been a major deterrent to foreign investment in the Philippines since the country’s independence from the United States in 1946.

The Marcos Jr. team has stated that it is willing to accept private financing for infrastructure and will continue the “Build, Build, Build” initiative of his predecessor, Rodrigo Duterte.

Promoting this will allow Marcos Jr to demonstrate concrete outcomes while also generating employment and interest from international investors. Marcos

However, Marcos Jr. and his economic team must also limit government debt, which had risen from 39.6 percent before the epidemic to 60.5% of GDP by the end of 2021, the highest ratio in 16 years.

In order to increase revenue, Benjamin Diokno, his finance minister, stated that he would rather focus on improving tax administration and collection, particularly minimizing corruption.

He must balance the economic rewards of utilizing the Philippines’ massive undiscovered mineral wealth with protecting its breathtaking but endangered natural environment.

Only 5% of the Philippines’ minerals have been mined, despite mining accounting for 1% of the country’s total economic output. Experts estimate that a third of the country’s soil is mineral-rich.

When asked about “clean mining,” Marcos Jr. stated that he wants to see value added to minerals exported by selling processed commodities rather than ores. The Philippines is China’s primary source of nickel ore, which is largely of low quality.

Duterte, on the other hand, has been widely regarded as sympathetic to China, but his successor Marcos Jr is expected to have a different approach to the country’s former colonial rulers, the United States and China.

As a candidate, Marcos Jr. claimed he would have to “walk a narrow line” between Beijing and the United States’ defense treaty ally.

Even as he has stated a desire to strengthen ties with China, he has also vowed to remain steadfast in the face of any challenge to Philippine sovereignty that may arise from this.