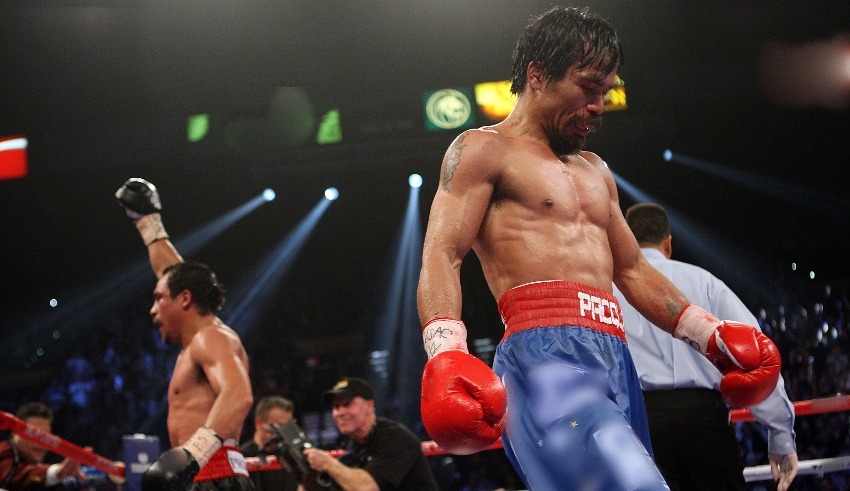 President Joan Laporta and Vice President Rafa Yuste welcomed Filipino boxing legend Emmanuel “Manny” Dapidran Pacquiao to FC Barcelona on Wednesday. After spending some time at the Camp Nou, Pacquiao decided to explore the museum, dressing room and other facilities in the presence of Laporta, whom he has known for some time and who is a personal friend of his.

WBC World Boxing Council declared ‘Pac-Man’ the best boxer of the decade in 2000, and the only boxer to win nine world titles in eight different divisions (WBC). While he is best known for his 25 years in the ring, he also has a long list of accomplishments outside of boxing, including singing and acting, as well as serving as the president of the PDP-Laban political party and a member of the Philippine Senate from 2010 to 2016. He also has a strong interest in basketball, having served as a coach for the Philippine Kia Motors squad.

Pacquiao had a great time greeting fans and taking a picture with the Champions League trophy during the tour. As a fellow Filipino, he was naturally curious about Paulino Alcántara, the first Barcelona superstar who scored 369 goals in 357 games between 1912 and 1927.

“It is an honor to be here and see this big stadium in Barcelona, to meet the president and to meet the club members and I am grateful for the welcome I have received,” Pacquiao said.