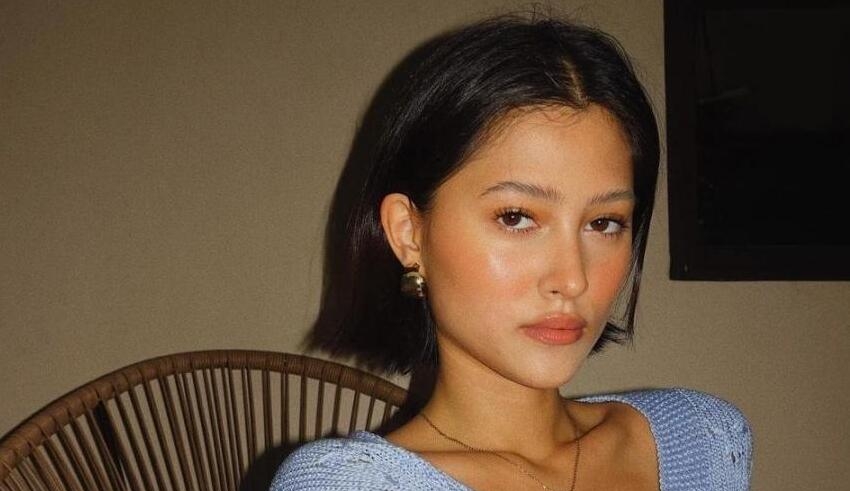 The candidate for Miss Universe from the Philippines said that she is "now recuperating from previous trauma" and that she is focused on improving herself.
(c) GMA Network

In the video, where she is seen lip-syncing to Miley Cyrus’ current post-split single “Flowers,” the winner of Asia’s Next Top Model Cycle 5 seems to hint to a previous breakup.

The lyrics state, “Started to weep but then realized / I can buy myself flowers / Write my name in the sand / Talk to myself for hours.”

The video’s transcript states, “When you finally learn to prioritize yourself.”

Maureen said in the description that she hasn’t really discussed her previous relationship, but that this song truly speaks to her. She added, “That’s the issue with having a public relationship: nobody truly understands what goes on behind closed doors.”

Jonas Gaffud MUPH camp rumored to be the cause of downfall

Who is Kyline Alcantara’s Ex-Boyfriend?

“Over the last several years, I’ve lost myself, and I’m just now discovering who I am.” She continued, “I am focusing on myself and recovering from previous trauma in order to avoid repeating the same errors.” Maureen said that “maybe one day” she would be ready to discuss it since she recognizes that it may benefit a large number of people.

Netizens were quick to presume in the comments section that the blind object in Maureen’s video was ex-boyfriend and bandleader Juan Karlos (JK) Labajo. One follower wondered if JK was a cheater, and Maureen responded, “No! Infidelity is not the sole cause of breakup”

Maureen and JK both hinted about a split on Instagram in June 2022. Juan Karlos uploaded a now-deleted picture of himself and Maureen with a note that hinted at a last farewell. Maureen also uploaded a mysterious phrase with the comment, “It’s acceptable that some things come to an end. However, it is now time for us to develop on our own.”

Since 2017, Maureen and Juan Karlos were suspected to be dating, but they just confirmed their relationship in 2019.