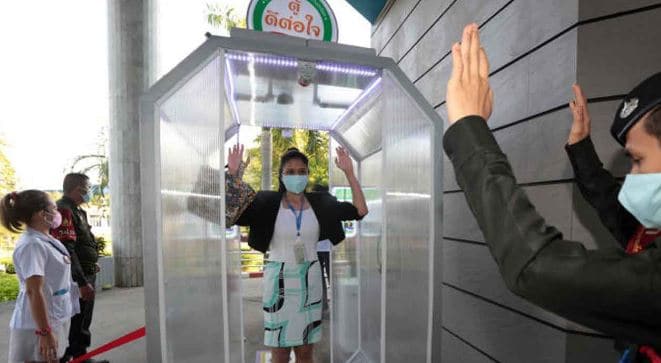 Newly arrived inmates at prisons nationwide will be placed in isolation units for 14 days and undergo a health check before they can be assigned to cells, according to Pol Col Naras Savestanan, director-general of the Corrections Department.

He said yesterday it must be assumed first that all new inmates as well as those who left the prisons briefly to stand trial and returned are likely to have contracted the coronavirus, which requires them to be put under observation.

Prisons have set aside isolation quarters for newly arrived inmates who will have their temperature checked daily for the duration of their confinement there. He said there were more than 10 isolation units each at the Central Correctional Institution for Drug Addicts and the Bangkok Remand Prison. However, managing such facilities especially in small prisons in the provinces with few wardens can pose problems.

The department has enforced a stringent policy to fight the spread of Covid-19. Prisons have been closed to visitors including inmates’ own family members while vocational training programmes have been suspended. Department officials were following up on the Covid-19 situation. They were keeping in close contact with prisons nationwide via teleconferences.