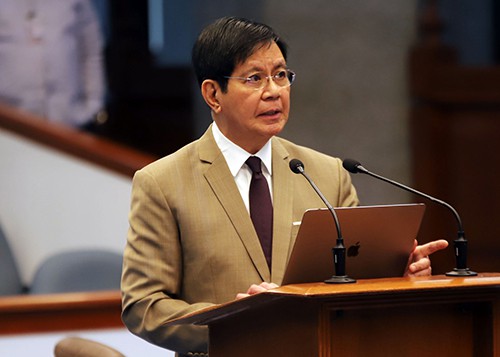 Malacañang and the Department of Budget and Management have withheld at least P80bn in congressional realignments, Senator Panfilo Lacson said Wednesday.

Advertisement Lacson said some legislators tried to realign at least P80 billion from the “Build, Build, Build” flagship program of the administration to the “Pet Projects” of their districts within the national budget for 2020.

He praised President Rodrigo Duterte and the DBM for their push, labeling such action as unmitigated gall.

He said such “allies” appear to praise Duterte to high heavens and never criticize him, but with self-aggrandizement and covetousness as their only inspiration, and nothing else.

“The president should be cautious of these so-called allies at all times,” he said without mentioning names.

On the basis of information reaching the Lacson office, instead of exercising the veto power of the President over the line items, which could delay the approval of the 2020 GAA, they decided to simply withhold the release of the funds via a DBM circular called “FOR LATER RELEASE,” which has the same effect of a veto.