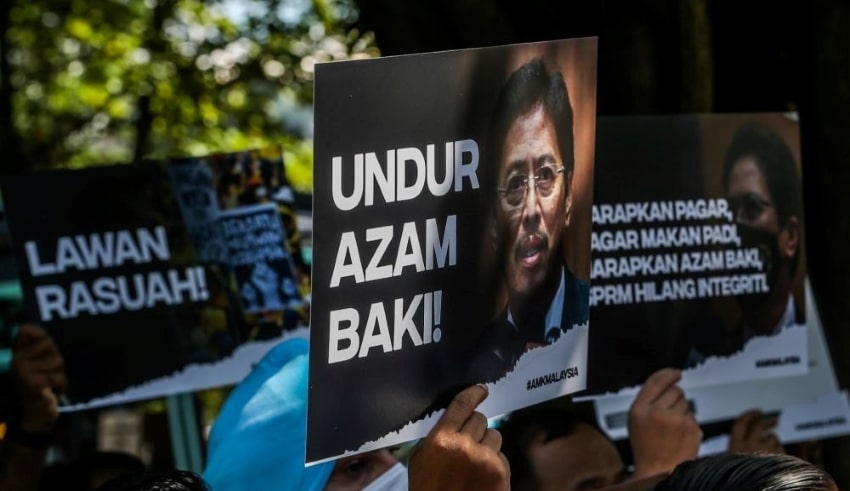 They rejected Azam’s explanation that his brother acquired millions of publicly traded shares in his name, citing conflicts of interest and legal violations.

“This offense is punishable under Section 25(4) of the Securities Industry (Central Depositories) Act 1991, which carries a fine of up to RM3 million and a prison sentence of up to 10 years if proven guilty.”

They added that there’s also the question of where the funding comes from to acquire these shares.

“When he was scheduled to provide the facts from their inquiry, the LPPR chairman was so ready to accept his (Azam’s) answer since this contained charges of share purchases in the millions of ringgit in firms listed on the Malaysian stock market.”

The Malaysian Securities Commission stated that it was seeking an explanation from Azam about his suspected purchase of millions of shares in two publicly traded businesses in 2015.

Azam stated at a press conference on Wednesday that he had let his brother acquire the stocks using his share trading account.

“We believe the prime minister can no longer keep quiet on this issue.” He must convene a special session of Parliament to clarify the true scenario behind Azam Baki and these stock acquisitions.

“We, the PH Leadership Council, reaffirm our position that an impartial body, apart from the MACC, should probe both the current and previous leaders.”

“At the same time, the MACC head and the LPPS chairman should take a leave of absence, and the police should launch an inquiry if the law has been breached.”

The MACC chief commissioner said at a press conference held over two weeks after news of his ownership of various firms surfaced that he had done nothing improper and that the shares had previously been reported to the LPPR.

According to a statement by Abu Zahar, the shares in issue were previously transferred back to Azam’s brother, Nasir Baki, in 2015.

At the press conference, Abu Zahar defended Azam, stating the board had cleared him of any misconduct or conflict of interest.