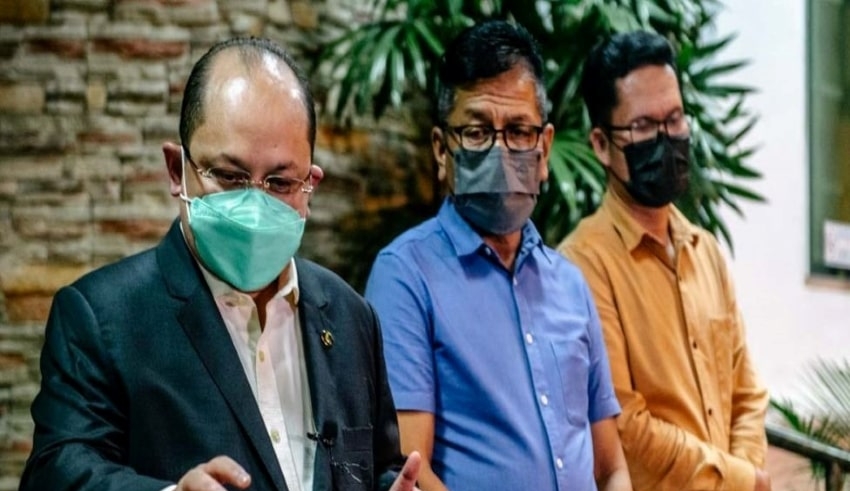 “It was received by Istana Negara representative for royal matters Ahmad Hanafi Yahya,” he said when contacted by Bernama tonight.

Adly said the letter was sent to Istana Negara to seek the courtesy and wisdom of the Yang di-Pertuan Agong to advise the Yang Dipertua Negeri of Melaka, Tun Mohd Ali Rustam, to withdraw the decision dissolving the Melaka state legislative assembly on October 4.

He said the letter, among others, stated that in accordance with Article 8.2 (b) of the Melaka State Constitution, Tun Mohd Ali did not have the discretion to agree to Melaka Chief Minister Datuk Seri Sulaiman Md Ali’s request to dissolve the state assembly.

He said it should have been avoided as it had now paved the way for a state election at a time when the country is still recovering from the Covid-19 pandemic, thus threatening the lives of the people and the country’s economy.

“The process to determine the chief minister should not be done hastily, especially when the Yang Dipertua Negeri was undergoing self-quarantine from September 30 to October 7,” he said.

Adly said the letter was jointly signed by him, Norhizam and Noor Effandi as well as Datuk Seri Idris Haron and Datuk Nor Azman Hassan, the former assemblymen for Sungai Udang and Pantai Kundor, respectively.

Based on Article 19 (4) of the Melaka State Constitution, a state election must be held within 60 days after the dissolution of the state assembly.